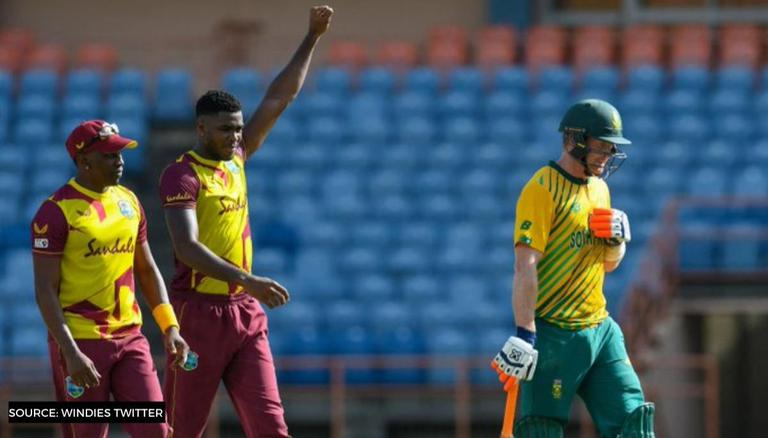 
West Indies will take on South Africa in the 4th T20 match of South Africa’s tour of West Indies 2021. The match is set to begin at 11:30 PM IST (2:00 PM local time) from the Grenada National Cricket Stadium on July 1, 2021. Here are the West Indies vs South Africa live streaming details, the WI vs SA pitch report and weather forecast and our prediction for the match.

Going through some troubles and upheaval internally, the South Africa Men's cricket team has not played much cricket in the past two years. Coming into this game, the Proteas have lost their last Test series 0-2, and both, T20I and ODI series 1-2 to Pakistan earlier in the year. However, their run in the Caribbean has been a brilliant one so far, with a 2-0 Test series win and a current standing of 2-1 in their T20I series against the Windies. While the hosts will hope to take this match and level the series, the visitors will be hoping to finish it off with a win in this game. Both sides will also be keen to get into form ahead of the T20 World Cup starting later in the year.

The pitch at the Lord's Cricket Ground has generally been a batting-friendly one. With an average first innings score of around 172 and pacers getting decent support from the surface, we expect this match to be a close one. Going by previous matches and expected weather conditions, the captain winning the toss should choose to bat first. Accuweather predicts some rain during this match. The temperature is expected to be around 28°C, with 83% humidity and 70% cloud cover.

According to our WI vs SA prediction, the West Indies side will win this match.

Note: The West Indies vs South Africa 2nd ODI prediction is made on the basis of our own analysis. It does not guarantee positive results.