Amidst all the backlash faced by Pathan, fans were left wondering, “What happened to Irfan Pathan wife?” and here’s a look at how the events unfolded. 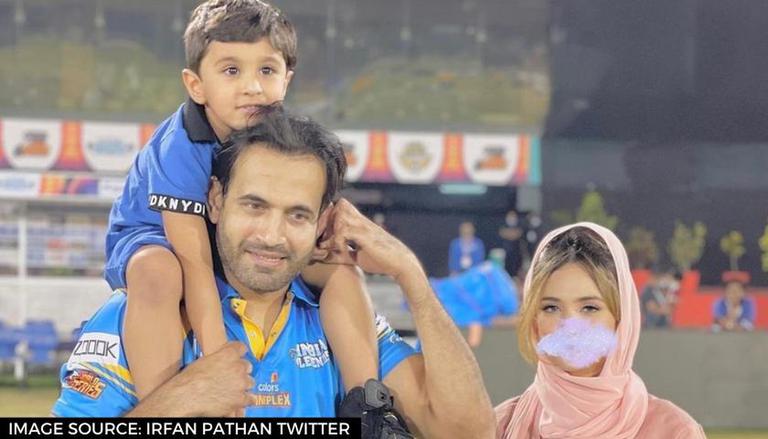 Recently, former Indian cricketer, Irfan Pathan started receiving backlash from people on social media after he reposted a picture with his wife and son on Instagram. The face of Irfan Pathan’s wife, Safa Baig was partially blurred in the picture which gave rise to a lot of extreme reactions. The former Indian cricketer gave a clarification through his Twitter account while taking a dig at all the people who criticized him over the image.

What happened to Irfan Pathan's wife?

Later, Irfan Pathan reposted this photo on his official Instagram account after which he started getting hate from people as they thought that the former Indian cricketer purposely blurred the face of his wife. Irfan Pathan took to Twitter on Tuesday to clarify the reality behind his wife’s blurred picture. While referring to his wife as queen, Pathan said that the picture was posted by Safa Baig through his son’s account.

This picture is posted by my queen from my son’s account. We are getting lot of hate.Let me post this here as well.She blurred this pic by her choice. And Yes,I’m her mate not her master;). #herlifeherchoice pic.twitter.com/Xy6CB2kKWA

While addressing the hate he was getting from people, Pathan said that his wife blurred the image by her own choice, and he had no involvement in it. He also said that he is not the master of his wife, rather they both are loving partners. After this clarification, fans are coming in support of Irfan Pathan against all the people who criticized him and the whole incident has caused Irfan Pathan to trend on Twitter.

Popular Indian model and actress, Gauahar Khan also came in support of the former Indian cricketer through Twitter. While retweeting Pathan’s post, Gauahar Khan wrote in the caption to concentrate on the love while agreeing with the former cricketer that it is his wife’s choice. The photo was taken during the Road Safety World Series where Irfan Pathan represented the India Legends team while scoring 2 half-centuries and taking 7 wickets. Irfan Pathan was also previously involved in a Twitter spat with Kangana Ranaut where she accused him of not putting up a single tweet on the West Bengal violence.

READ | Irfan Pathan has important, passionate plea for people of Jammu & Kashmir: WATCH
READ | Irfan Pathan 'getting lot of hate' for his wife's blurred pic, says, 'I'm not her master'
First Published: 26th May, 2021 17:27 IST
SUBSCRIBE TO US