Where Does Australia Stand At WTC Points Table After Mammoth Win Over England In 3rd Test?

A look at the WTC points table after Australia defeat England by an innings and 14 runs in the third Test of the Ashes 2021-22 trophy and took a 3-0 lead. 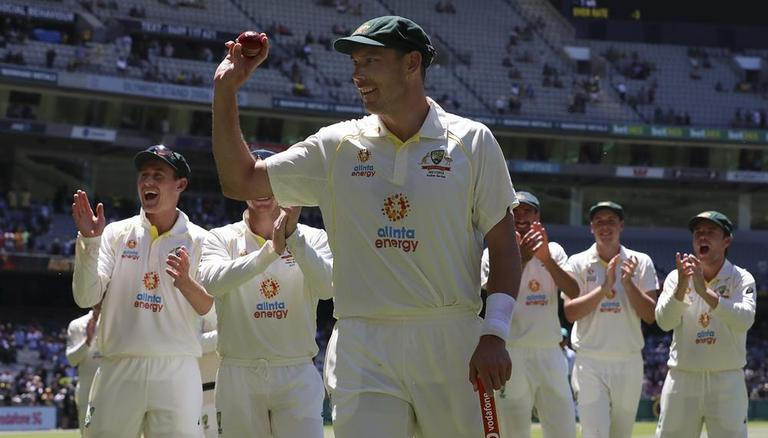 
The Australian cricket team defeated England by a massive margin of an innings and 14 runs in the third Test match of the Ashes 2021-22 series, being played at the Melbourne Cricket Ground on Tuesday and regained the coveted Ashes trophy by taking an unassailable 3-0 lead. The Aussies earlier won the first Ashes Test at the Gabba in Brisbane by nine wickets, which was the first Test match for them in the second cycle of the ICC World Test Championship(WTC), followed by their win by 275 runs in the second Test at the Adelaide Oval. Meanwhile, having won all three Tests of the ICC WTC 2021-23 cycle, Australia now find themselves at the top of the WTC points standings.

Australia sit at the top of the WTC points table with 36 points to their name with a win percentage of 100%. At the same time, having lost all three matches of the Ashes till now, England find themselves down in the seventh position, with just six points to their credit, having won one Test, lost five, whereas one match has ended in a draw. Australia are followed by Sri Lanka in the standings with 24 points, with a win percentage of 100% in two matches. Pakistan are third in the standings with a 75% win percentage from three matches and 36 points. The Indian team is fourth in the standings with a win % of 58.33%. India have won three-Test, lost one, and drawn two matches, while they are currently playing in their second series of the WTC cycle.

Here's how the #WTC23 table is taking shape after the third #Ashes Test in Melbourne 🔢 pic.twitter.com/Nc2RcwluJz

India is followed by West Indies and New Zealand respectively with 12 and four points, while England is followed by Bangladesh at the bottom of the table with zero points. Now that the Aussies have regained the Ashes trophy with two matches still to be played, they would be looking to maintain their lead in the standings. Whereas, England will be eager to turn things around for them and win the remaining matches of the series to earn some valuable WTC points. The fourth Test match of the ongoing Ashes series is scheduled to be played at the Sydney Cricket Ground from January 5 to 9, while the series will conclude with the day-night Test at Hobart, starting from January 14.