Akshay Karnewar's feat in Syed Mushtaq Ali Trophy is not ordinary as this has never happened in any T20 match — domestic, international or franchise cricket. 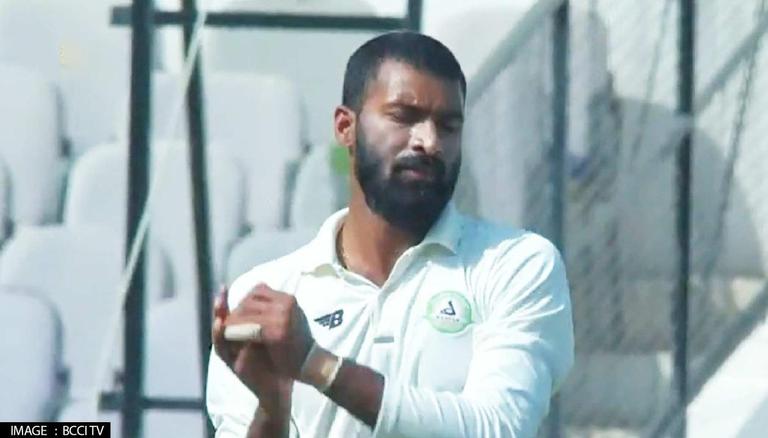 
Akshay Karnewar is not a regular cricket player playing on the domestic circuit. The Vidarbha cricketer is an ambidextrous bowler who can not only bowl with both hands but also contribute with the bat. The 29-year-old was at his best on Monday during Vidarbha vs Manipur match in the Syed Mushtaq Ali Trophy match played at ACA Stadium, Mangalagiri, Vijayawada. The feat we are talking about is not ordinary as this has never happened in any T20 match be it domestic, international or franchise cricket.

Akshay Karnewar bowling against Manipur saw him concede no runs in his spell of 24 balls and became the first-ever player to concede zero runs in his full quota of overs in men's T20 cricket. The Vidarbha cricketer returned with figures of 4-4-0-2 in his four overs as Vidarbha bowled Manipur out for 55 runs.

4 overs, All Maiden against Manipur

As per Espncricinfo, Akshay Karnewar's talent was noticed by Balu Navghare his first coach when he was only 13. The coach noticed that Karnewar bowls right-arm offspinner but batted and threw left. Navghare encouraged him to take up left-arm spin seriously, and Karnewar ended up becoming an ambidextrous bowler. In 2008 Karnewar attended the Vidarbha Cricket Academy trials impressing former Mumbai wicketkeeper Sulakshan Kulkarni.

Karnewar's breakthrough year came in December 2015 when the Vidarbha team handed him a List-A debut against Odisha in the Vijay Hazare Trophy. In that match, Karnewar scored 72 with the bat and picked up two wickets in a losing cause. With 16 wickets to his name from seven matches, the ambidextrous cricketer finished as Vidarbha's leading wicket-taker in the tournament and went on to take seven wickets from nine games in the Syed Mushtaq Ali T20 tournament. Karner was bought by Royal Challengers Bangalore for INR 10 lakh in the 2016 IPL auction.