Who Is Dominic Drakes? Son Of Ex-West Indies Player Who Replaced Sam Curran At CSK 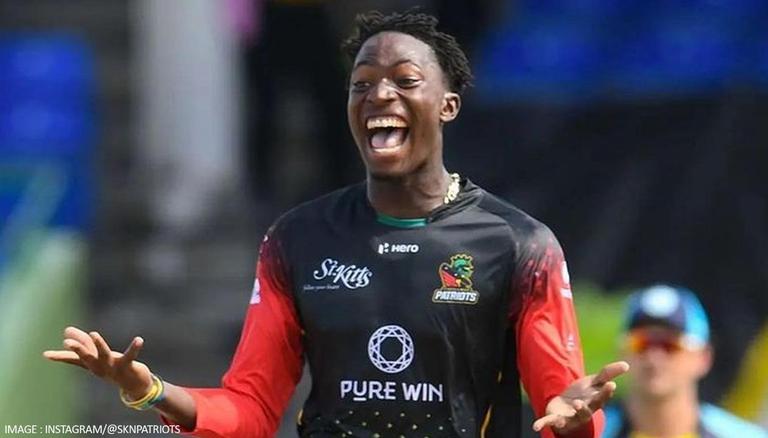 
With the IPL 2021 playoff stage getting closer, Chennai Super Kings would like to finish the league stage at the top of the points table. In order to top the IPL 2021 points table, CSK will have to beat Punjab Kings in the final group stage match. Ahead of the PBKS match, CSK suffered a major blow with England all-rounder Sam Curran ruled out of the tournament due to injury. With Sam Curran gone, CSK decided to rope in uncapped player Dominic Drakes as the replacement.

Dominic Drakes is the son of former West Indies cricketer Vasbert Drakes who played for the national team in 12 Tests and 34 ODIs. Dominic recently featured for the CPL 2021 champions St Kitts & Nevis Patriots led by Dwayne Bravo. In IPL 2021 Dominic Drakes was with the Mumbai Indians team as a net bowler for the UAE leg

Dominic Drakes is a left-handed batsman and a left-arm pacer. His sole first-class appearance came for Barbados against Jamaica in 2018. In 2018, he also made his List A and T20 debuts. He got to play for his home franchise, Barbados Tridents, on his T20 debut in the Caribbean Premier League.

READ | CSK vs PBKS IPL 2021 Live Streaming: How to Watch CSK vs PBKS Match Live on TV and online

Coming to Dominic Drakes Stats, the left-arm pacer picked 16 wickets in 11 matches in CPL 2021, but, his most important contribution of the season came with the bat. Drakes hit an unbeaten 48 off 24 in the final against St Lucia Kings. Drakes is an uncapped West Indian all-rounder who has featured in one First-Class, 25 List A and 19 T20 matches so far.

CSK started out strongly in the second led of IPL 2021 in the UAE but has been a little shaky as the tournament reaches close to play-offs.  After winning the first four matches in the second leg, CSK lost their last two matches. The first being against the Sanju Samson-led Rajasthan Royals (RR) team and the second was against the Rishabh Pant-led Delhi Capitals. The final CSK match before the play-offs begin will be against the KL Rahul-led Punjab Kings.