Who is Rishabh Pant's girlfriend? Here's a look at all the details about the young cricketer's girlfriend and how his love story blossomed. 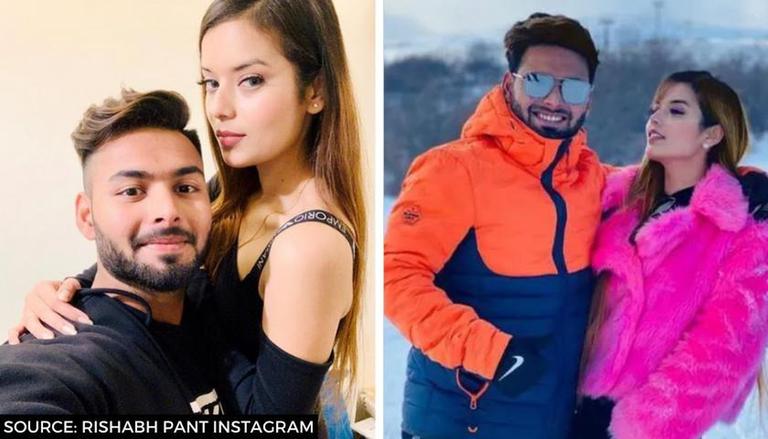 Indian wicketkeeper-batsman Rishabh Pant has had an explosive start to his international career. The southpaw, who is renowned for his aggressive approach and audacious strokeplay, has developed into one of the most exciting talents in the world and is a vital cog in team India's setup across all formats. At the age of 23, Pant has made waves in the cricketing fraternity by playing sensational match-winning knocks in Tests against Australia and England.

Who is Rishabh Pant's girlfriend?

While Pant has been in the news for his on-field exploits, the cricketer has also grabbed headlines for his personal life. It is no secret that Pant has been dating his college friend Isha Negi for more than five years now. The Indian stumper had announced his relationship on Instagram after completing 2019's Test series in Australia.

Rishabh Pant's girlfriend, Isha Negi is reported to be an entrepreneur and an interior decor designer. It was also revealed that Isha is an alumnus of Convent of Jesus and Mary, New Delhi. Pant and Negi have been dating for over five years since the Dehradun-born model's days pursuing BA English honours student of Delhi's famous Amity University.

Recently,  Rishabh Pant's girlfriend advanced into a new business venture as she launched her own one-stop fashion place called Isha's Closet. The venture's website claims that they will select clothing, designs and looks for their customers right from public appearances to loungewear. Isha's Closet will also provide fashion advice like choosing and coordinating outfits and choosing accessories for footwear.

READ | Virat Kohli shrugs off favorites tag, says 'we are at equal terms' ahead of WTC final

Pant posted a story on Instagram to congratulate Isha on her new beginnings promoting her brand to his 5.1m followers strong Instagram fan base. He also backed her to achieve success. Here's a look at Pant promoting his girlfriend's new business. 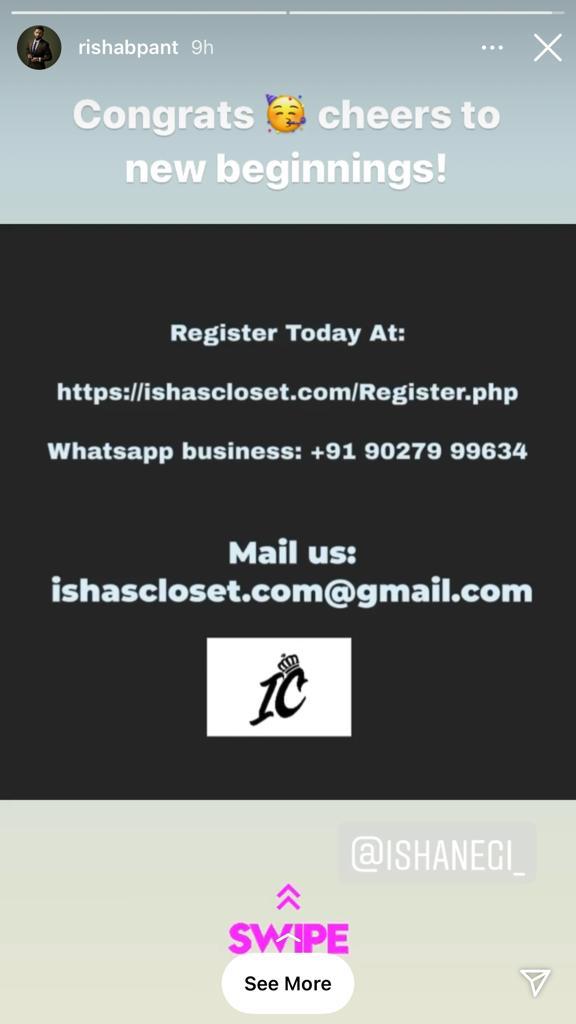 Meanwhile, Pant has been in sensational form of late, having played crucial roles in India's win against Australia and England. A lot will depend on him in the WTC final and the following five-match Test series vs England as he has now become India's first-choice wicket-keeper in the longest format of the game. The India squad for WTC final reached England on June 3 and they will now gear up to take the Kiwis in the ultimate showdown which will be played from June 18-22 in Southampton.

According to Networthopedia, Rishabh Pant net worth stands at an estimated $3.5 million. This figure is remarkable for a sportsperson aged just 23. One of the reasons for such a high net worth is Pant's hefty paycheques from playing in the IPL, as well as, his lucrative brand endorsement contracts with companies like SG and Adidas cricket for bat and kit sponsorship. Pant reportedly bags a whopping ₹15 crore from his IPL contract with the Delhi Capitals.

The 23-year old was instrumental in India's success on the tour of Australia, as well as, in the home series against England. The wicketkeeper was subsequently been awarded a Grade A contract by the BCCI, and bags a whopping ₹5 crore from the Indian cricket board. The Rishabh Pant house is in Delhi, although the cricketer could shift to Gurgaon as per multiple reports.

DISCLAIMER: The above Rishabh Pant net worth information and Rishabh Pant house information is sourced from various websites/media reports. The website does not guarantee a 100% accuracy of the figures.

WE RECOMMEND
Rishabh Pant goes house hunting in Delhi, fans come up with comical suggestions online
Rishabh Pant lauded by netizens for motivational post prior to preparing for England tour