Why was IPL 2021 suspended? The Indian bio-bubble was vulnerable in many ways as several franchises had also complained about the possible loopholes. 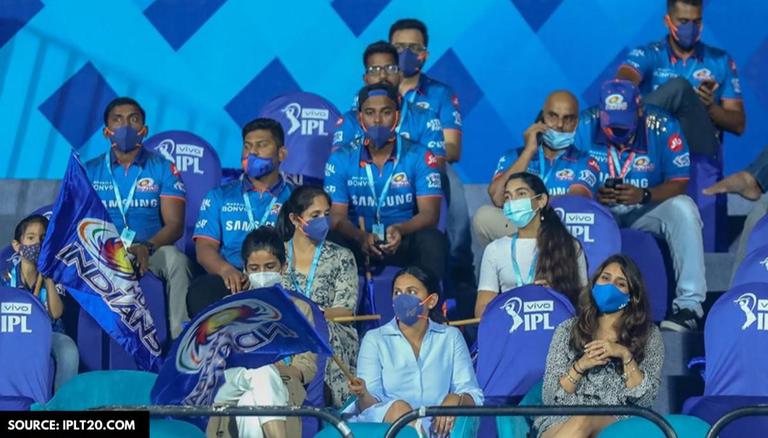 In a major blow to Indian cricket, the 14th edition of the Indian Premier League had to be suspended midway after several members from various franchises tested positive for the COVID-19 virus. While the Board of Control for Cricket in India (BCCI) was hailed for its successful organisation of the previous season in UAE, they were unable to replicate the same success this year. The potency of the IPL 2021 bio-bubble also came under the scanner after the breach. So, why was IPL 2021 suspended and how different was the bio-bubble this time? Let's find out -

The latest season of the cash-rich league has been no stranger to controversies. While a certain section of fans were apprehensive of conducting competition of such a grand scale amid the COVID-19 health crisis in India, Sourav Ganguly and the BCCI had affirmed that strict SOPs and protocols would be implemented to ensure the safety of all the involved parties. However, the Indian cricket board was forced to health the tournament after 29 matches as franchises like Kolkata Knight Riders, Chennai Super Kings, Delhi Capitals and the Sunrisers Hyderabad reported bio-bubble breaches.

IPL latest news: How different was the IPL 2021 bio-bubble from the one in UAE?

The management of the bio-bubble environment was easier in the UAE when compared to the Indian conditions. Dubai, Abu Dhabi and Sharjah were the only three venues used for the last year's edition of the IPL. However, for the latest season, a total of six cities: Ahmedabad, Mumbai, Bangalore, Chennai, Kolkata and Delhi were announced as the hosting cities. While teams travelled by road to all the three venues in the UAE, the same was not possible in India.

The teams travelled by air in the IPL 2021, which made the bio-bubble a little more vulnerable when compared to last year. While the teams used charter flights, the players still have to undergo security checks at the airports. Moreover, while there were no complaints regarding the GPS-tracking fob device last year, there were a number of loopholes in the IPL 2021 when it came to tracking the movement of the teams.

The devices were outsourced from a UK-based firm in the previous season, however, the GPS tracker provided to the franchises were of an Indian company on this occasion. According to ESPNcricinfo, franchises had complained about the wrist watch-type tracking device being faulty, as it did not provide accurate information. Moreover, there also was a drastic difference between the number of cases in the three UAE cities and the six Indian hosting cities. The majority of the cities were declared as hotspots before the competition commenced, and even a minor breach in the bio-bubble could have allowed the deadly virus to seep in, which did happen eventually.

The 'IPL 2021 postponed' news shocked cricket fans as they were concerned about the tournament's future. The BCCI has assured that they have not decided to call off the league, but have rather decided to postpone it. The decision to suspend the IPL 2021 comes as several teams including Kolkata Knight Riders, Chennai Super Kings, and the latest being Sunrisers Hyderabad and Delhi Capitals report breaches in the bio-bubble with several players testing positive for the virus. The confirmation of the same was made on the tournament's Twitter account.

The BCCI will look to accommodate the remaining matches of IPL 2021 in the calendar year. A BCCI official quoted by ANI has revealed that the BCCI is keen to tap the September window to conclude the IPL 2021 before the T20 World Cup. It is to be noted that the T20 World Cup is set to be played in India in October and November. No official announcements have been made as of now regarding the 'IPL new schedule'.