WI vs SA Dream11: West Indies will face South Africa in the first of the two-match Test series on Thursday, June 10 at the Daren Sammy National Cricket Stadium. 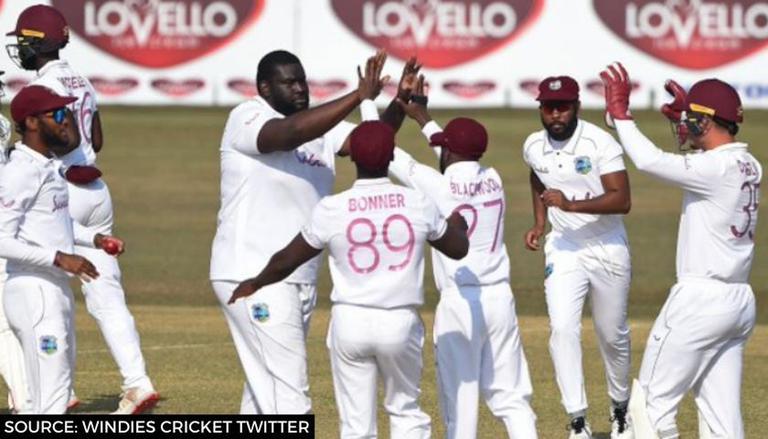 West Indies will take on South Africa in the first of the two-match Test series on Thursday, June 10 at the Daren Sammy National Cricket Stadium in Gros Islet. The WI vs SA live streaming will commence at 7:30 PM (IST) and 10:00 AM local time. Ahead of the exciting contest, here's a look at WI vs SA Dream11 prediction, WI vs SA Dream11 team, WI vs SA player record and WI vs SA best team.

West Indies last played a Test series against Sri Lanka in March-April which ended in a 0-0 draw. The hosts have a young captain in the form of Kraigg Brathwaite who will look to lead the side to a win at home. The Windies squad has some in-form players and the return of seasoned campaigners like Shai Hope and Kieran Powell has only strengthened the squad. West Indies are well-acquainted with the conditions as they are playing at home which is why they will look to win the game and give their fans something to cheer about.

On the other hand, South Africa's form in recent times has been abysmal. However, with a new captain in the form of Dean Elgar who has replaced Quinton de Kock, the Proteas will look to cause a turnaround in their performances and become the formidable side they once were. They last played an away Test series against Pakistan which they lost 2-0. With some experienced players within their ranks, South Africa will look to start the series on a high by beating the Windies.

The conditions in Gros Islet do not seem ideal for a game of Test match cricket. A significant cloud cover is expected throughout the opening day and there are also chances of rain interrupting the play on several occasions. The temperatures are likely to hover around 30 degrees Celsius on Day 1.

The surface at the Daren Sammy National Cricket Stadium has traditionally favoured the faster bowlers. The same trend is likely to continue as the wicket promises to provide assistance to the seam bowlers during the upcoming West Indies vs South Africa clash as well. The batters will struggle against the new ball and the bowlers are likely to dominate the contest. The captain winning the toss could be inclined to bowl first, considering the overcast conditions.

For South Africa, skipper Dean Elgar and bowling spearhead Kagiso Rabada will be the key players in the upcoming match. The team will hope for both these players to be at their best as their performances will be crucial in determining SA's chances of winning the game. On the other hand, the Windies will look up to Jason Holder and Nkrumah Bonner to do well for the team and help them secure a win. All these four players have been exceptional so far and all eyes will be on their performance in the upcoming fixture.

As per our WI vs SA Dream11 prediction, WI will come out on top in this contest.