Will Sourav Ganguly Bring The 90s Australia Vs Australia A Concept To India? Fans Excited

BCCI president Sourav Ganguly could consider pitting two Indian sides against each other considering the number of players knocking on the selectors' door. 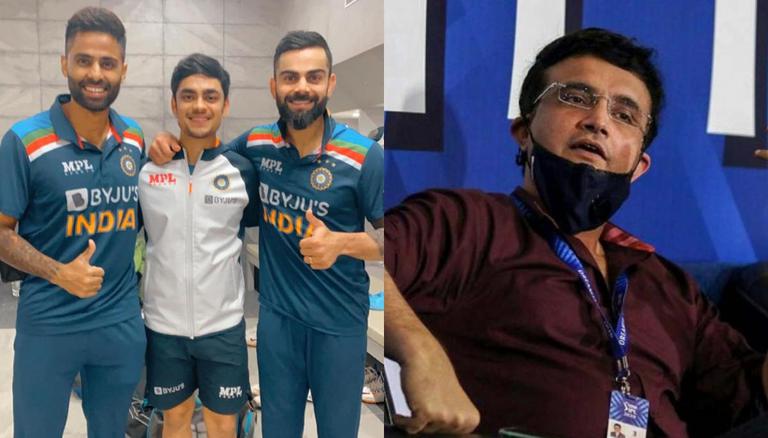 The bench strength of the Indian cricket team has bolstered significantly in recent times. The emergence of the Indian Premier League can be credited for the same as the country's flagship T20 competition has provided up-and-coming players an opportunity to rub shoulders alongside stalwarts of world cricket. With the Board of Control for Cricket in India (BCCI) President Sourav Ganguly confirming that the India squad for Sri Lanka 2021 will feature white-ball specialists while a number of mainstays travel to the UK for the inaugural World Championship Final, there is a possibility that the Indian board could take a cue from Australia and pit two Indian sides against each other in the future.

Will Sourav Ganguly introduce India vs India A matches in near future?

While the concept of having two national sides go up against each other may be unheard of for new cricket fans, Cricket Australia (CA) has adopted a similar formula in the past. Australia hosted the World Series Cup in 1994-95 after the second Ashes Test, where teams from England, Australia and Zimbabwe were slated to battle it out for the ultimate championship. Australia A were the fourth team to be added in the competition, considering the fact that England and Zimbabwe were considered a weaker lot when compared to the dominant Aussie side of the 1990s.

The senior Australia side were led by Mark Taylor and it featured the likes of Michael Slater, Shane Warne, Steve Waugh, Mark Waugh and Glenn McGrath. Whereas Damien Martyn was appointed the captain for the Australia A side that included players like future skipper Ricky Ponting along with Matthew Hayden, Justin Langer, Tom Moody and Darren Lehmann. Both teams fared well in the tournament and they trumped their oppositions to reach the finals. Although the main Australia side went on beat the Australia A side in both the finals to clinch the championship.

The same has not been replicated in recent times, but considering the number of players knocking on the selectors' door in India, Sourav Ganguly and co. could get two Indian line-ups to square off against each other. Two separate national sides are set to embark on their respective journeys in the coming days with the WTC Final and the three-match ODI and T20I series against Sri Lanka. With prominent names like Virat Kohli, Rohit Sharma, Mohammed Shami, Jasprit Bumrah and Rishabh Pant a part of the India squad for WTC Final, the India squad for Sri Lanka 2021 could feature a number of new names.

India's bench strength was put to test during the Border-Gavaskar Trophy in Australia in 2020-21 where youngsters like Washington Sundar, T Natarajan, and Mohammed Siraj got a chance to prove their mettle on the big stage with a number of frontline options injured. Skipper Virat Kohli had also flown back to India after the Test series-opener for the birth of his first child, which paved way for a young Shubman Gill in the Indian batting order. India's monumental success in the four-match Test series is a testament to the immense cricketing talent the nation possesses.

Moreover, the Australia A team in the 1990s featured players like Ricky Ponting, Matthew Hayden and Justin Langer, who later went on to establish themselves as mainstays in the national side. Ponting went on to become one of the most successful captains in world cricket. Two Indian sides taking on each other could also help the selectors identify Virat Kohli's successor and they can groom him before he takes over the captaincy reins after Kohli's retirement.

READ | IPL 2021: List of top cricketers who are set to back out of tournament even if not paid

ICYMI - A look at #TeamIndia's squad for the inaugural ICC World Test Championship (WTC) final and the five-match Test series against England. 👇

India will take on England in a five-Test series that is slated to commence from August 12. The Indian contingent is likely to stay back in the UK after the completion of the WTC Final for the India vs England 2021 series. This is why a number of fresh faces will get an opportunity to don the national colours for the three-match ODI and T20I series against Sri Lanka in July.