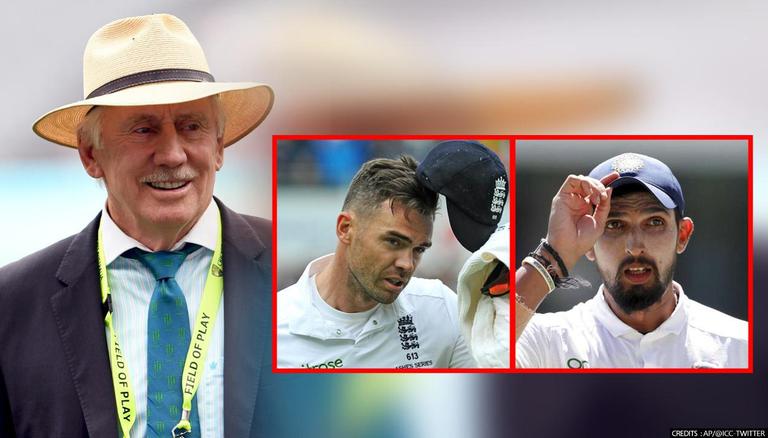 
Test Cricket is considered to be the toughest format of the sport as it goes on for five days and literally tests the mental and physical strength of the players. As per various cricket experts, fitness is the key to excel in Test cricket apart from other factors, especially for the bowlers. Now, Australia's former skipper Ian Chappell in a discussion with ESPNcricinfo picked five of the world's best Test bowlers currently and went on to pick the ultimate top bowler among them.

"If you want me to pick one out of these five as the best then I think for everything that he contributes I have to go with Pat Cummins. The example I would cite was the last Test against India at the Gabba when Australia produced that ridiculous tactic of bowling bouncers for an hour. Mitchell Starc was shocked to pieces he had nothing to come up with but somehow or the other Cummins gave everything he had in the last hour. I have the good fortune to captain Dennis Lillee and Dennis was always the last guy in our team who thought victory was impossible and I put Pat Cummins in that same category," said Ian Chappell.

Why Ishant Sharma and no James Anderson?

On being asked why Ishant Sharma is on your list and there is no James Anderson, Ian Chappell replied, "Ishant's record if I see since looking at his stats since 2018, his record is extremely good. But if you narrow it down to best swing bowler and probably the best swing bowler of all time then I would say Jimmy Anderson as number 1. But Jimmy hasn't played a lot, he has a lot of injuries. When he is playing he is very good but he has missed a lot of cricket and that's probably the only reason."

"The modern cricketer is substantially better rewarded than players of the previous century. However, like with all such things in life, there is a downside involved," Chappell wrote in his column for ESPNcricinfo.

"This comes in the form of the numerous adjustments to be made because of the extra formats that are now played and the resultant crowding of the schedule," Chappell said.

"This was highlighted in the last Australia-India series, where the home side used the same fast-bowling trio in all four Tests "As the Australian pace bowlers wore down in the final stages of the series, their Indian counterparts may have caught a break as injuries meant they had to constantly change personnel," the ex-Aussie skipper added.

"India is one of the few teams who have enough skilled quick bowlers in reserve to meet the challenges of the schedule and still remain competitive," the cricketer-turned-cricket pundit added.