Former cricketer and national selector, Venkatapathy Raju has revealed the name of the player whose absence will be felt by the touring India side in WTC final. 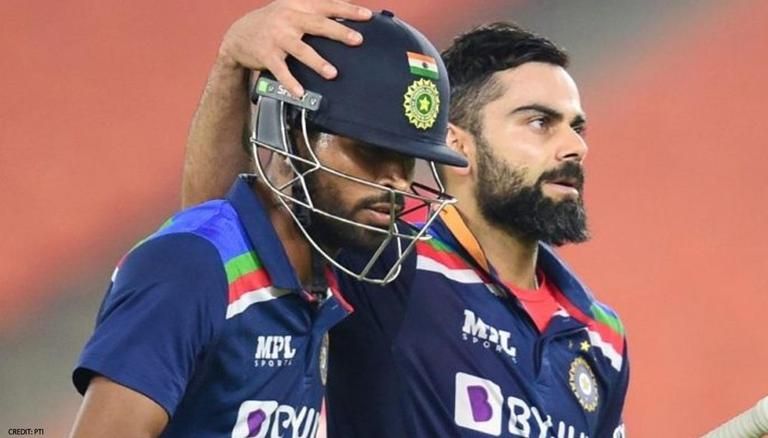 
Former cricketer and national selector, Venkatapathy Raju has revealed the name of the player whose absence will be felt by the touring India side in the World Test Championship (WTC) final. Raju, while speaking to Sportskeeda, said the Virat Kohli-led side will miss India all-rounder Hardik Pandya during the WTC final against New Zealand because of the extra seam bowling option that he provides to the team. Raju said New Zealand has good seam-bowling all-rounders and India has good spinning all-rounders, which is where Hardik brings the balance.

The inaugural edition of the WTC final will be played in England, where pitches are known to be seamer-friendly. While New Zealand has seam-bowling all-rounders in its squad, India has gone mostly with spinning all-rounders, such as Ravindra Jadeja, Ravichandran Ashwin, Washington Sundar, and Axar Patel. Although Shardul Thakur is in the squad to provide that option for seam-bowling, however, he lacks the experience of playing at the international stage like Hardik. It is also unlikely that Shardul will get a chance to play in the WTC final because of the return of regular members of the squad.

Hardik Pandya has not bowled regularly for India since the 2019 ICC World Cup due to injuries he suffered in the recent past. Hardik's ability to bowl in middle-overs has come in handy for Virat Kohli on several occasions, but due to his unavailability with the ball, he was not included in the Test squad. The 27-year-old will likely travel with the white-ball team to Sri Lanka in July for a three-match ODI series and as many T20I matches.

However, Raju also reckoned that the current Indian team has a better chance of winning the Test championship in England. Raju said India has one of the finest group of fast bowlers, including Ishant Sharma, Mohammed Shami, Jasprit Bumrah, while the two who sits outside are also good, referring to Umesh Yadav and Mohammed Siraj. He further added that the spin battery could also provide something if the conditions are dry in England. Raju said India is well-equipped to win the WTC final against New Zealand.

WE RECOMMEND
Virat Kohli reveals name of THIS legendary bowler who would have troubled him in the past
WTC Final 2021's most expensive ticket price revealed, netizens explode on social media
Virat Kohli lauded by Indian TV anchor for upping her Instagram followers count by 1000%
Ravindra Jadeja's retro India jersey for WTC final makes Wasim Jaffer goes gaga
Virat Kohli gets serious piece of advice from Kapil Dev ahead of WTC Final in England