Fans would be eager to see whether Mohammed Siraj is picked in the arsenal of India bowler vs NZ clash for India vs New Zealand WTC Final. 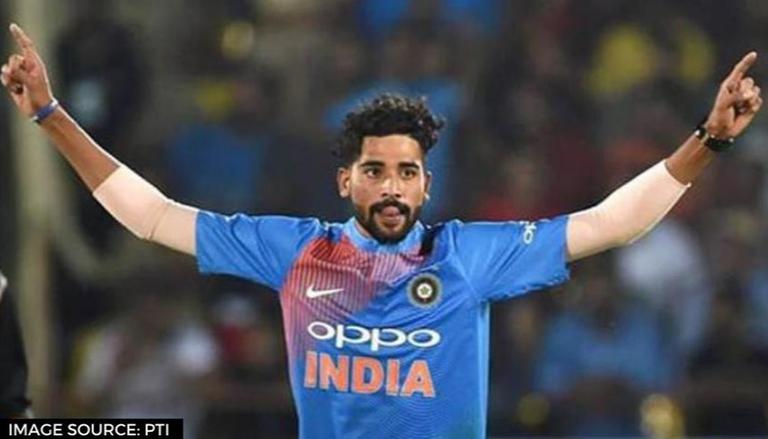 India is all set to face New Zealand in the inaugural WTC Final and there has been a lot of talk regarding the right combination of bowlers for the India vs New Zealand clash. The fast bowling arsenal of the Indian team presents several formidable options and fans would be eager to see whether Mohammed Siraj will be able to find a place in the playing XI. Siraj is emerging as a favourite pick ahead of Ishant Sharma for the IND vs NZ Final due to his improved bowling performance.

The right combination of India team vs NZ WTC Final

Captain Virat Kohli is likely to go with the fast bowling combination of Jasprit Bumrah, Mohammed Shami and Ishant Sharma followed by the spin combination of R Ashwin and Ravindra Jadeja. However, considering the past performances of Mohammed Siraj, he is being considered as a favourite pick for the WTC Final. Recently, former cricketer Harbhajan Singh also vouched for him. On the other hand, former selector Sarandeep Singh has presented a different take on the selection of bowlers.

#TeamIndia get into the groove for the #WTC21 Final 👊👊 pic.twitter.com/KIY1zvjyce

Will Mohammed Siraj make the cut for the playing XI

While speaking to PTI, Sarandeep Singh told that if conditions are overcast, the combination of India bowlers vs NZ can include an extra fast bowler. He believed that the arsenal of India bowlers vs NZ can feature Shardul Thakur along with Jasprit Bumrah, Mohammed Shami and Ishant Sharma. While also considering Mohammed Siraj’s performance, Singh believed that India would need batting options at the tail end and Shradul Thakur fits the requirement.

Shardul Thakur as the 4th bowler for the WTC Final

While addressing the conditions, Singh further added that the ball will do a bit at Southampton and Thakur is good at swinging the ball. According to him, Thakur has years of experience in domestic cricket and he also possesses a very sharp cricketing mind. Considering the former selector’s view, if India goes with the option of 4 fast bowlers, then Ravindra Jadeja will have to sit out as R Ashwin has a phenomenal record against left-handers.