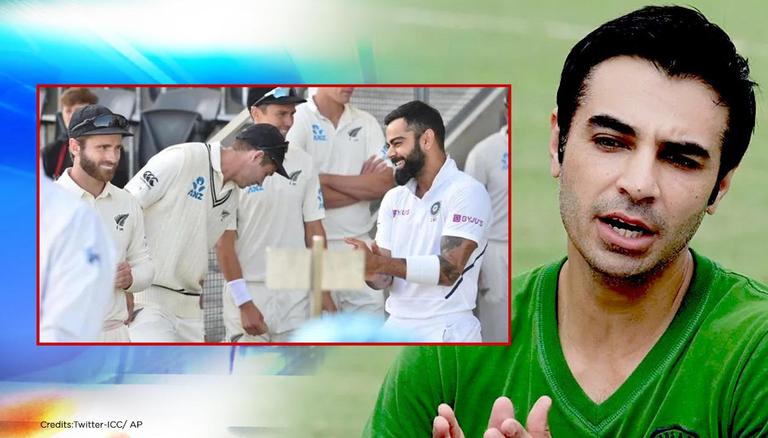 
As Team India have departed for the United Kingdom to play the historic ICC World Test Championship (WTC) Final against New Zealand, former Pakistani cricketer Salman Butt has called the WTC Final the 'mother of all finals'. India and New Zealand will lock horns in the WTC Final at the Ageas Bowl, Southampton, beginning June 18. Before that, New Zealand will also play a two-match Test series against England, which has begun today at Lord's.

Former Pakistani opener Salman Butt on his YouTube channel talked about the WTC Final in which India will take on New Zealand and also gave his opinion on the Virat Kohli and Ravi Shastri's pre-departure press conference. "This is the specialty of Test cricket, here only Team with merits reach the final till then, skills, decision making, team management are not in tandem, till you don't have harmony among players and cricket board you cannot play good cricket for two and half years consistently. So I think the WTC Final is the mother of all finals in the history of cricket. Because it is happening for the first time."

Salman Butt also talked about the pre-departure press conference of Team India's Head Coach Ravi Shastri and Virat Kohli. He said, "If I rate them in points in terms of the subject which they talked about then I will give ten out of ten for body language, ten out of ten to for the clarity of mind. Both Virat Kohli and Ravi Shastri are creating a positive vibe in the team. The way Virat Kohli is leading his team and the frame of mind in which he is in I think they are really up for it."

India and New Zealand will lock horns in the finals of WTC at the Ageas Bowl, Southampton, beginning June 18. Before that, New Zealand will also play a two-match Test series against England, which has begun today at Lord's. On being asked whether playing WTC Final is like playing World Cup Final, Ravi Shastri said, "See it is the first time that you have a World Test Championship final. When you look at that and the magnitude of the game that is going to be played, I think this is the biggest, if not the biggest-ever. It is the toughest format of the game, it is a format that tests you. It has not happened over the three months, it has happened over two years where teams have played each other across the world and earned their right to play in the finals. It is one hell of an event."