Cristiano Ronaldo posted a cryptic post on his Instagram handle on Monday night, days after a defeat to Morocco ended their FIFA World Cup 2022 campaign. 
Portuguese football captain Cristiano Ronaldo took to his official Instagram handle on Monday night and shared a cryptic message. On Friday night, Portugal lost to Morocco by 0-1 in the quarterfinals and ended their campaign at the FIFA World Cup Qatar 2022. Ronaldo was sobbing endlessly after his team’s defeat, as it might have been his final appearance at the marquee football tournament.

Meanwhile, two days after the disappointing result, Ronaldo shared a picture in his stories, which read, “Three aspects of reality - Pain, Uncertainty and Constant Work”. It is pertinent to mention that the five-time Ballon d’Or winner is known worldwide for his work ethic. He was dropped from Portugal’s starting lineup for the two knockout games by coach Fernando Santos. 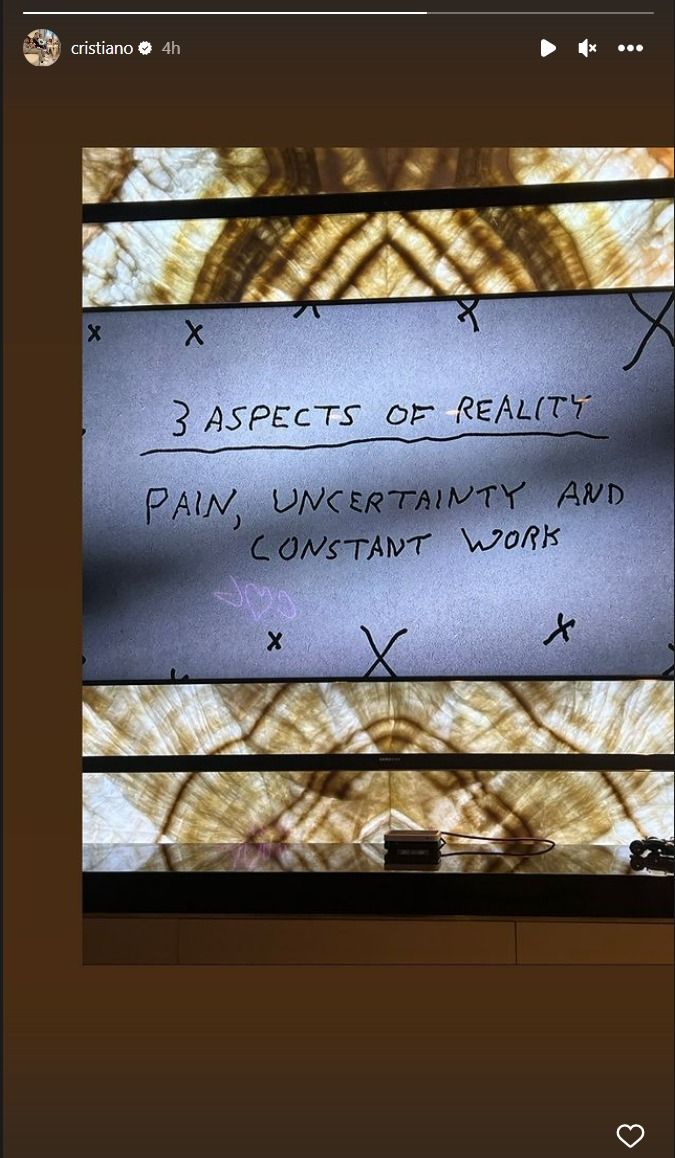 What is next for Cristiano Ronaldo?

Ronaldo’s future post the World Cup exit is one of the key talking points for the footballing world. Ahead of the quadrennial showpiece tournament, Ronaldo and Manchester United mutually decided to terminate his contract due to the player’s explosive interview with British journalist Piers Morgan. In the interview released a few weeks ahead of the tournament, Ronaldo labeled several allegations at the Premier League giants.

‘I never gave up on that dream’: Cristiano Ronaldo

Earlier on Sunday, the 37-year-old put out a long message expressing his feelings about not winning the World Cup gold with his national team. "Fortunately I won many titles of international dimension, including Portugal, but putting our country's name on the highest foot in the World was my biggest dream. I fought for it. I fought hard for this dream. In the five appearances, I scored in World Cups over 16 years, always by the side of great players and supported by millions of Portuguese, I gave my all. Leave it all out on the field. I never turned my face to the fight and I never gave up on that dream,” Ronaldo wrote.

“Sadly yesterday (Friday) the dream ended. It's not worth reacting in the heat of the moment. I just want you all to know that much has been said, much has been written, much has been speculated, but my dedication to Portugal has not changed not for a moment,” he added.