'Against Anyone You Want To Win, But...': Rashford Comments On Man Utd V Liverpool Rivalry

Ahead of the massive Manchester United vs Liverpool clash, star Red Devils winger Marcus Rashford has opened up on the iconic rivalry the two teams share. 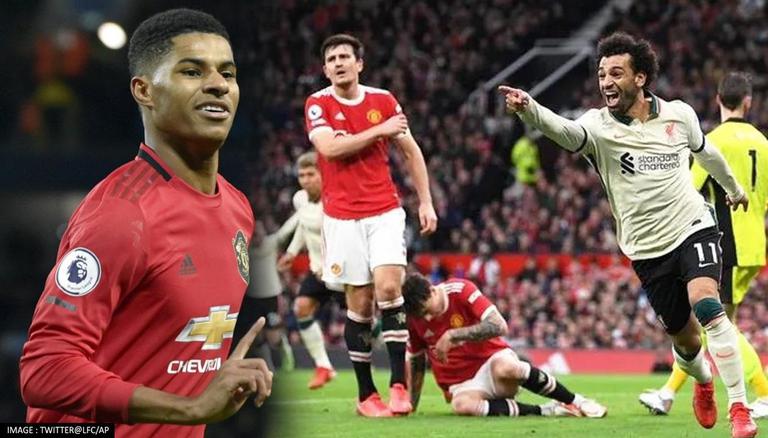 
Ahead of the massive Manchester United vs Liverpool clash on Monday night, star Red Devils winger Marcus Rashford has opened up on the iconic rivalry between the two teams. The teams share one of the oldest and fiercest rivalries in English football that continues until today. Even though the sides have had contrasting fortunes over the past few seasons, the interest in the clash continues to be one of the highest amongst footballing fans.

Rashford opens up on Man Utd vs Liverpool rivalry

While Rashford is desperate to help his side defeat Liverpool on Monday, beating the Reds is going to be far from easy considering the way Manchester United have played so far. The Red Devils began their campaign with a 2-1 loss to Brighton at home before suffering a humiliating 4-0 defeat against Brentford in their next game.

Speaking of the challenge that the Reds will pose to Manchester United, Rashford added, "From what I can remember when we’ve beaten Liverpool, the fans have helped us massively. It’s always a difficult game physically and mentally, so we’ll definitely need them. They’ll be up for the game, they’ll want (us) to beat Liverpool just as much as we do." Rashford concluded his comments by explaining how a goal against Liverpool feels all the better because of the intense rivalry that the two clubs share.

READ | 'It will only get worse': Suarez advises Darwin Nunez after Liverpool striker's red card

When asked if the goals against Liverpool are even more important, Manchester United's number 10 responded by stating, "Yeah, I’d probably say so. After the game, you realise a goal’s a goal and you need to score them against any team. But the initial feeling is massive and it’s something that you crave as a player and I don’t think that ever leaves you." Rashford has scored against Liverpool on five occasions and would be desperate to get on the scoresheet again to help his boyhood club defeat their arch-rivals.