We look at AGF vs AAB Dream11 team, top picks, alongside other match details of the Superligaen clash between AGF Aarhus and Aalborg BK on Friday. 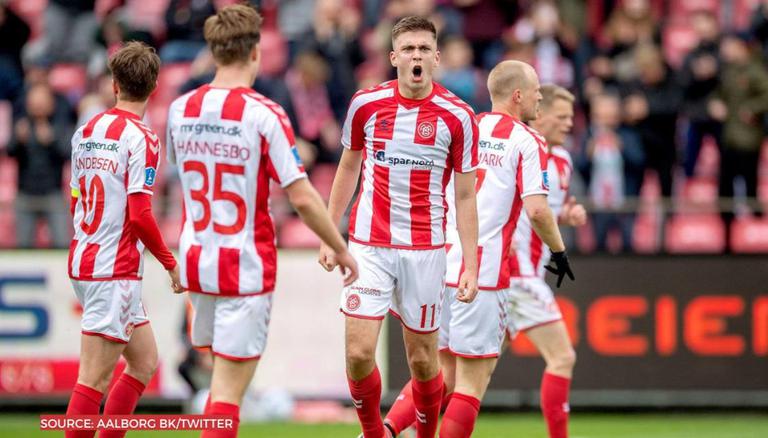 AGF Aarhus square off against Aalborg BK in the SuperLigaen Final on Friday, May 28. The Danish domestic league match will be played at the Ceres Park and Arena in Arhus with the kickoff scheduled for 10:30 PM IST. Let's have a look at the AGF vs AAB Dream11 team, top picks, alongside other details of this clash.

AGF Aarhus will head into the game following two consecutive losses against Brondby IF and Midtjylland FC in their previous outing with the lastest one being a massive 4-0 defeat. The hosts of this game will be hoping to turn their fortunes around and get back onto the winning ways on Friday. However, they face tough competition and will have to play their best football in order to walk away with the win against Aalborg BK

Aalborg BK on the other hand starts the game after maintaining a three-match unbeaten run while winning their last two matches. The visitors recorded a massive 0-4 win over Sonderjysk E in tier latest match and seem to have fought themselves before they lock horns against AGF Aarhus in the SuperLigaEN finals. Aalborg BK will be hoping to take complete advantage of their positive run of form and look to get the better of AGF Aarhus on Friday.

Given the current form of both the teams, we expect Aalborg BK to edge out a narrow win and walk away with the win on Friday.