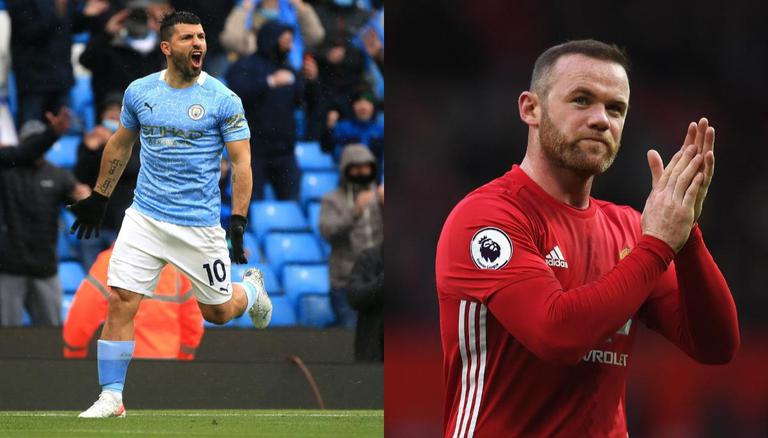 Manchester City's departing striker Sergio Aguero made his mark on his final match at the Etihad Stadium as the champions thrashed Everton in their final Premier League fixture. The Cityzens romped to a 5-0 win in front of their fans, giving Aguero the perfect send-off. The Argentine international also got not the scoresheet and set yet another record before saying his goodbyes and joining the Man City celebrations.

Sergio Aguero received a rousing ovation when he came off from the bench in what is his final Premier League appearance for Manchester City. The Argentine, one of the finest goalscorers of this decade, produced some final day magic yet again nine years after his goal won Manchester City's first Premier League title. The Argentine international scored twice on Sunday against Everton, setting the record for most Premier League goals scored by a player for a single club.  Aguero was one goal short of equalling Wayne Rooney’s record of most goals scored for a single club in Premier League history and the 33-year-old's double ensured that he had yet another record in his name before departing England.

What a day to break yet another record! 👑

Most @premierleague goals scored for a single club?

Aguero was already the highest goalscorer in Man City’s history and took his tally to 184 goals for the club, more than the 183 goals scored by Wayne Rooney for Man United. The former England international had reached that tally in 393 games, with Arsenal legend Thierry Henry (175 goals in 258 matches), Harry Kane (166 goals in 242 games) for Tottenham Hotspur and Alan Shearer with 148 goals in 303 matches for Newcastle United make the top five. It took Aguero only 275 games to reach the tally, a further reminder of his insane goal-scoring decade.

READ | Sergio Aguero gets this incredible gift from commentator Martin Tyler to celebrate 93:20

👏🔵 In his final #PL appearance for the club, Sergio Aguero scored his 183rd and 184th league goals for Man City, surpassing Wayne Rooney’s record for most Premier League goals for a single club (183 with Man Utd)#MCIEVE pic.twitter.com/pXhf5G1QKa

Sergio Aguero has cemented his legacy as a Manchester City legend since arriving in England in 2011. Aguero has scored 184 goals in the Premier League, taking his total tally to a whopping 260 goals for the club. Aguero is the leading foreign goalscorer in Premier League history, and now has the most goals scored for a single club. During his decade long stay in Manchester, Aguero has lifted five Premier League titles, one FA Cup and six League Cup titles. The Argentine could add Champions League honours to his list later this month, in a completion where he has scored 36 goals in 63 games, making him their record goalscorer in Europe as well.