Ancelotti Contract: How Much Money Will Real Madrid Pay The Italian Who Won 'La Decima'

Carlo Ancelotti contract: The Everton boss, whose contract with the Toffees expires in 2024, is set to replace Zinedine Zidane at the helm at Real Madrid. 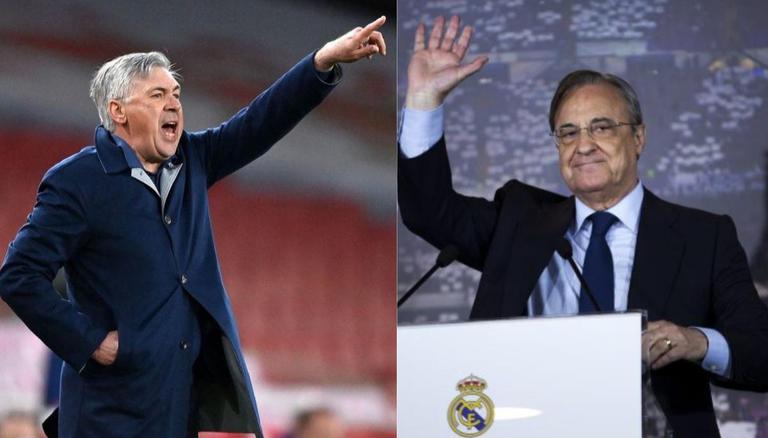 As the race to replace Zinedine Zidane at Real Madrid heats up, a new candidate has emerged and it's a name that Los Blancos fans will recognise: Carlo Ancelotti. According to several reports in Spain on Tuesday, Real Madrid have decided to appoint Carlo Ancelotti as their new head coach. However, netizens have been curious to know how much the Italian is set to earn at the Spanish capital and whether he will quit Everton.

Is a Carlo Ancelotti Real Madrid return on the cards?

According to reports from Spain news outlet AS, Real Madrid are set to appoint Carlo Ancelotti as a replacement for Zinedine Zidane, who resigned from the position last week. After a disappointing season that saw Real Madrid miss out on the LaLiga title while also limply crashing out of Europe at the semi-final stage, Zidane decided to draw curtains on his second spell in charge at the Spanish capital. However, Carlo Ancelotti could be on his way back to the Spanish powerhouse following a successful first spell at the helm.

Real Madrid are in talks with Carlo Ancelotti in order to appoint him as new manager, confirmed. 🇮🇹

No agreement signed yet as he’s under contract with #EFC - but Real are pushing for Ancelotti back, as per @ellarguero @jfelixdiaz. ⚪️

No direct contacts with Antonio Conte. ❌

Ancelotti, who is currently coaching Everton, has been the chosen one ahead of other candidates like Antonio Conte or Raul. The official announcement of Ancelotti’s Real Madrid could be made official “imminently”, as per reports. It is believed that Real Madrid want to name their new coach as soon as possible in order to start building the squad for the 2021-2022 season. It would be massive for Madrid to have their 'La Decima' general back in the dugout as they look to rebuild following a trophyless season.

Ancelotti has been in charge at Everton since December 2019. This season he guided the Toffees to a 10th place finish in the Premier League. Ancelotti's Everton contract expires in 2024 and he currently earns a whopping £11.5 million per year.

So far, there have been no reports on how much Ancelotti will earn if he agrees to sign a deal with Real Madrid. Zidane earned a reported £10.3 million per year at Real Madrid.

Ancelotti is a three-time Champions League-winning manager. He began his managerial career in 1995 with Reggiana before coaching Parma and Juventus. He then signed for AC Milan in 2001, winning two Champions League titles with the Rossoneri. He has also managed Chelsea, PSG, Bayern Munich, Real Madrid and Napoli.

He was previously in charge at Real Madrid between 2013 and 2015, winning the Champions League in Lisbon in 2014. He also won a Copa del Rey, the Supercopa de Espana and a Club World Cup while at the club.