Antonio Conte Contract: How Much Money Will The Italian Manager Earn At Tottenham?

Antonio Conte contract: Premier League outfit Tottenham Hotspur are on the verge of appointing Antonio Conte at the helm ahead of the 2021-22 season. 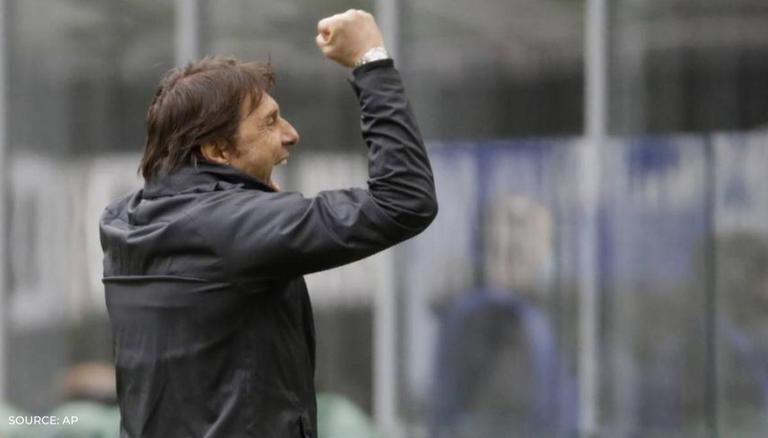 Tottenham are on the verge of appointing Antonio Conte, with talks having progressed quickly, and there is confidence at the club that their long search for a manager is almost over. The North London club have been linked with a number of managers over the past six weeks following Jose Mourinho's departure from the club. However, on Thursday afternoon the Italian emerged as the favourite for the hot seat following his Inter Milan exit a week earlier.

Tottenham have been on the hunt for a new manager since the club sacked Jose Mourinho back in April. Ryan Mason helped Tottenham see out the season as interim manager and from there on out, they’ve been looking at options. However, it now seems like they’re finally getting somewhere.

Tottenham are pushing to reach an agreement with Antonio Conte. He’s tempted by #THFC job - but no final decision yet. 🇮🇹

Negotiations still ongoing with his agents about salary, new signings, staff [Spurs are not willing to allow him to bring more than four staff members]. ⚪️

Reports from transfer guru Fabrizio Romano have claimed that Tottenham are pushing to secure a deal for Antonio Conte and although the Italian is tempted to return to the English capital, no decision has been made. Most recently, Conte led Inter to their first Scudetto in 11 years, ending Juventus’ years of dominance in sensational fashion. However, he stepped down from his managerial role due to financial issues at the Serie A club.

Spurs board and Conte now talking about his staff and salary too.

Fabio Paratici will decide about Spurs director of football proposal next week.

How much will Conte earn at Tottenham? Antonio Conte contract details

While Conte is yet to agree to a contract with Tottenham, reports from The Mirror claim that the Italian will earn a small fortune at the North London club. Conte, who previously managed Chelsea before returning to Italy to take charge of Inter, will reportedly rake in around £17 million per year if he signs with Tottenham.

Spurs finished in seventh place on the Premier League table during the 2020-21 season, and while Inter will be playing Champions League football next term, Conte feels Tottenham have put forward a convincing proposal.

If the reports are believed to be true, Conte will earn much more than what he took home at Inter. It is believed that the Italian earned around £11m-a-year during his time at the San Siro.

Conte was not available at the time when Spurs chief Daniel Levy made the decision to part with Mourinho, but it was simply too good an opportunity to turn down given the Italian's outstanding track record in the game and also due to the fact he is currently a free agent. Conte led Chelsea to the Premier League title in his first season in charge at Stamford Bridge back in 2016/17 as well.

Winning three Scudettos in a row during his time in Turin also certainly bodes well for Tottenham going forward due to Conte's ability to win trophies season after season. Spurs are still waiting on their first piece of major silverware since their League Cup triumph in 2008.

During his time at Chelsea, Conte switched to a 3-4-3 system which reaped rewards for the west London club. He opted to go with the same three-man defence at Inter and won the Scudetto with the Nerazzuri. It now remains to be seen whether he will tweak the formation of Tottenham when he takes charge of the club. Conte is reportedly expecting Levy to back him in the transfer market but it is unclear where the money would come from, with Spurs having sustained massive losses during the pandemic.

Daniel Levy net worth 2021: How much is the Spurs chief worth?

DISCLAIMER: The aforementioned net worth information is sourced from various websites/media reports. The website does not guarantee a 100% accuracy of the figures.