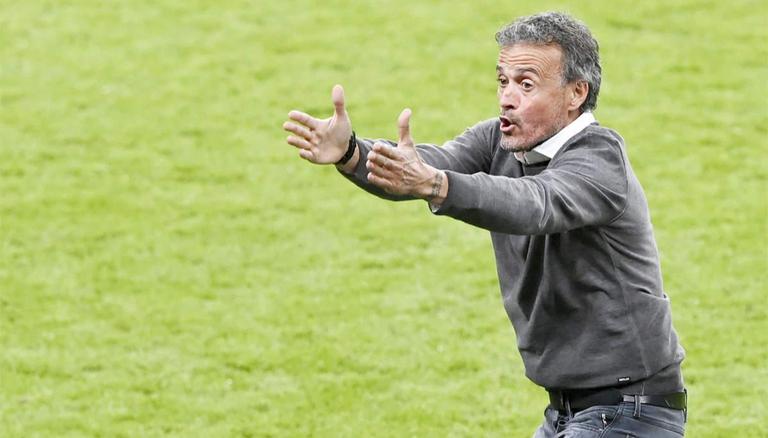 
After a series of defeats, Manchester United earlier parted ways with manager Ole Gunnar Solskjaer and reports have mentioned that Cristiano Ronaldo wants the management to bring in Luis Enrique to fill the managerial vacancy.

However, Luis Enrique, when asked by Spanish publication La Sexta on him being close to joining Manchester United, jokingly asked if it was April Fool's day. He said that he has absolutely no plans to leave Spain and is happy doing what he is doing, adding that he did not want to go to a club as big as United. He said: "I’m already in the biggest team in Spain with 5,000 players."

Luis Enrique is absolutely not planning to leave Spain right now, and he’s understood to be ‘so happy’ with his current job.

Luis Enrique when previously linked to the Barcelona job had already mentioned he has no interest in leaving his current role in Spain national team at least until the end of his contract.

"I'm a coach here for a second time, and it's my custom to keep my word. I'll be here until my contract ends, for sure," the Spaniard was quoted as saying by AS.

Mauricio Pochettino, Zinedine Zidane among many linked to the Man United job

Rodgers however has distanced himself from the speculation, saying, "No, not at all. I said in the week that it’s nothing, it wasn’t real and I spoke to our players on that. Absolutely nothing to do with it." The Leicester boss' response does not come as a surprise given his history with Liverpool.

As things stand, former Red Devils midfielder Michael Carrick, who was a part of Solskjaer's backroom staff, has been handed his first senior management role with the club and will take charge as a caretaker manager until an appointment is made. While the player had an illustrious career, his managerial skills will be put to test when he takes to the touchline at El Madrigal for his team's UEFA Champions League clash against La Liga side Villarreal.