Argentina Vs Brazil Copa America Final: When To Watch Messi Vs Neymar In India, UK, Europe

The Argentina vs Brazil match will play the final match at the Maracana football stadium in Rio de Janeiro on Sunday, July 11 at 5:30 AM IST 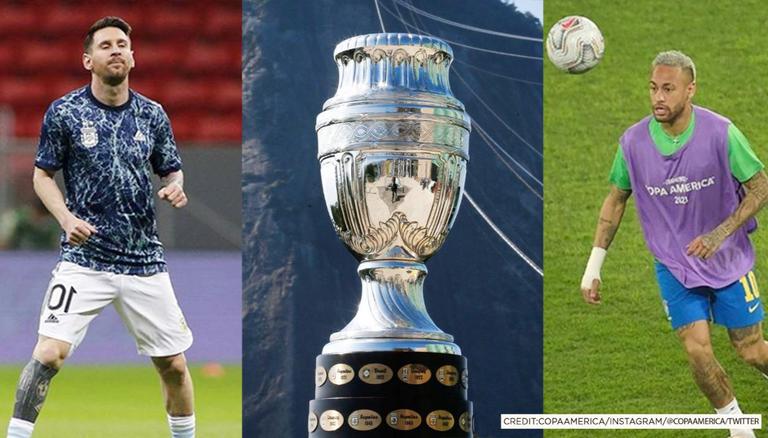 
The countdown for the biggest prize in the South America football i.e Copa America 2021 has begun and both Brazil and Argentina will be well prepared for the battle of ultimate continental glory. The match is labelled as Neymar and Messi battle as both superstars are yet to win any international tournament with their respective countries. The upcoming Argentina vs Brazil final presents them with an opportunity to earn their maiden trophy.

The past experiences haven't been great for both the superstars with Neymar suffering eliminations both in the 2011 and 2015 edition and while in the 2019 edition he was not part of the title-winning team due to injury. With the wish of facing ARgentina in the final finally fulfilled Neymar can now dream of lifting the trophy by beating this close friend. The Maracana stadium has some bad memories for Messi as he targets Copa America glory.

It was the same venue where Argentina came close to lifting the World Cup title only to be beaten by Germany in the final. When it comes to Copa America Messi has twice suffered defeats in the final and it was Chile  who stood in the way of the title in 2015 and 2016. The icon will have yet another shot at glory, however, the question remains whether he would be able to slay the demon and wear the continental crown.

READ | Neymar vs Messi: A look at stats of both players ahead of the Copa America final 2021

Argentina vs Brazil: Where to watch in India?

READ | Brazil and Argentina both have keys to win Copa America