Arsenal defender Hector Bellerin opened up about his battle against alcohol during a candid interview while recollecting his injury plagued 2019 season. 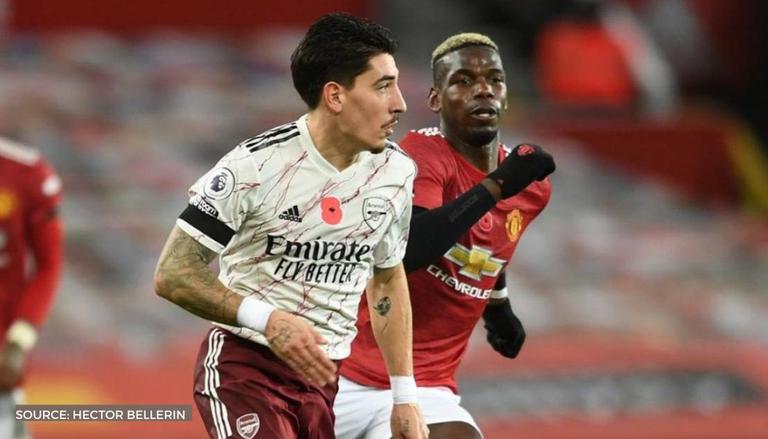 Arsenal defender Hector Bellerin opened up about his struggles with alcohol back in 2019 when he went through a tough period with the Gunners. The 26-year-old right-back spoke about his devils against alcoholism and how he managed to bounce back two years ago from those dark days.

Hector Bellerin ruptured a cruciate ligament back in 2019 and went through a period of hell as he also struggled with hamstring issues after making a return later that season. Speaking on Timsby's YouTube channel, the 26-year-old defender recollected how it was the first time that he was injured like that.

Bellerin added how he had seen his friends and teammates go through it before but it was the first time that such a serious injury had happened to him. He revealed how despite having his family by him, the Gunners star was unsure of his future and didn’t know exactly what was going to happen with him.

Later on, Hector Bellerin went on to speak on his experience and shared how he started going out a lot, started drinking, and was involved in all the stuff that a footballer is not supposed to do. Opting against shying away from his story, the Gunners defender elaborated how he is not sure on whether the story should be told but revealed that it was the truth and how he is not going to hide from it.

READ | Why is Sergio Ramos not in Spain squad for Euro 2020? Luis Enrique shocks fans

He added how his mind started to "go elsewhere" because London is a town that offers a lot of distractions. Bellerin also shared that he just "let go" because he didn’t have to train or play and did not have to feel any responsibility on his shoulder during the time on the sidelines. The Gunners star was quick to add how he was lucky enough to have great players and coaches around him who knew what he was doing and were right to stop him by saying that "it's not the right way to do it".

Arteta's men finished eighth on the Premier League table and will miss out on featuring in European football for the first time in 25 years. Despite being a regular starter for Mikel Arteta this season, Bellerin is reportedly seeking a future away from the Emirates stadium with the full-back rumoured to join FC Barcelona again as he had left the Catalan outfit to join the Gunners back during his teenage years.

READ | Barcelona transfer news: Club to place more than 10 players on the market to balance books
First Published: 24th May, 2021 18:49 IST
SUBSCRIBE TO US