Arsenal legend Ian Wright has disclosed the screenshots of a number of abuses on his Twitter handle that he received from an Instagram user, Patrick O'Brien.

Arsenal legend Ian Wright has disclosed the screenshots of a number of abusive messages on his Twitter handle that he received from an Instagram user named Patrick O'Brien. The former Gunners star claimed that the abuse still hits him hard despite the account now being deactivated. 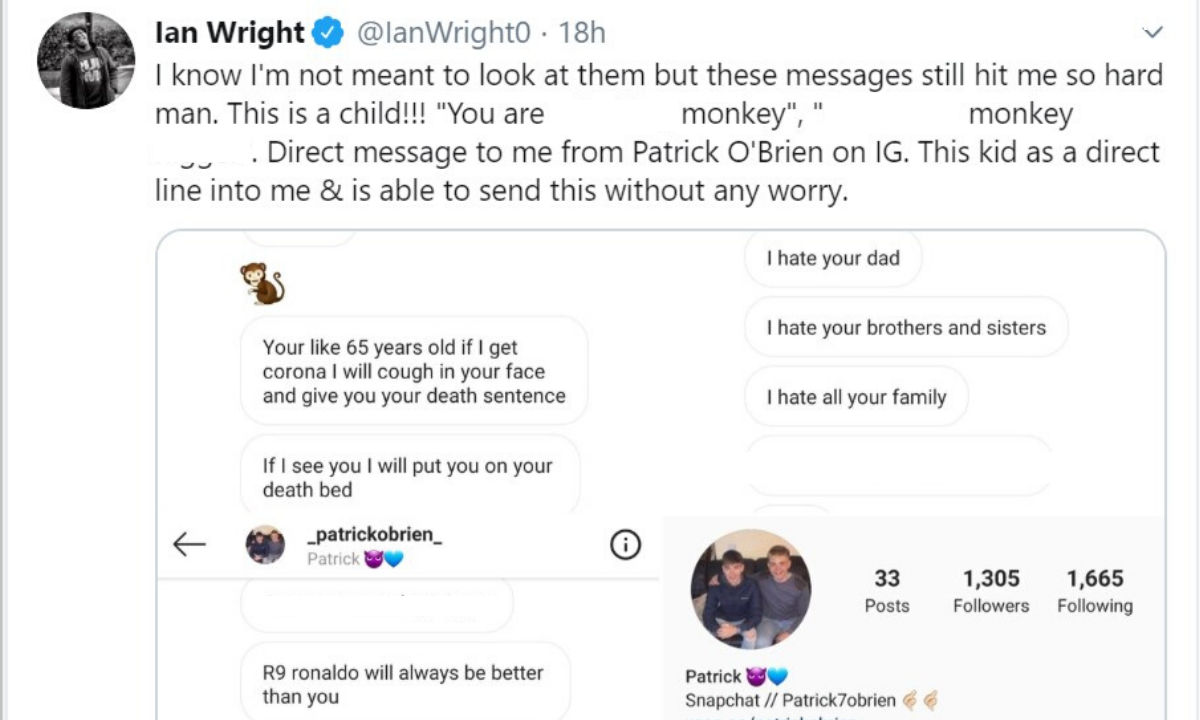 In one of the screenshots shared by Ian Wright, Patrick O'Brien calls him a monkey, followed by a long message that read, "Your like 65-year-old, if I get corona I will cough in your face and give you your death sentence", followed by another text, "If I see you I will put you on your death bed." Wright stated that these messages aren't supposed to affect him, but it still hit him hard.

The abuse didn't stop here. Ian Wright shared several similar screenshots in which Patrick O'Brien is seen hurling abuse at the former Arsenal striker as well as his family. Wright expressed his sadness claiming that he was still subject to racial hatred despite the fact that he hung up his boots 20 years ago.

During his playing days in the Premier League, Ian Wright was no stranger to racism. In a recent interaction with BBC Radio 4's Desert Island Discs, Wright claimed that the emergence of social media has led to an increase in people having a racist mindset, with people finding it easy to abuse anyone.

Also Read | Ronaldinho, Ian Wright and other footballers who went to jail

Ian Wright failed to make the cut for the Euro 1996 squad for the England national team. The Arsenal legend, in another interaction with the BBC, opened up on the Ian Wright Euro 96 squad exclusion controversy. He claimed that he cried for days after he was informed of not being included in the England national team squad. He stated that Glenn Hoddle decided to name Robbie Fowler and Les Ferdinand in the squad, both of whom are obviously top players, but he was still left devastated.