Lucas Torreira appeared in 89 games for Arsenal before being sent out on loan to Atletico Madrid where he won the La Liga. He now moves to the Serie A 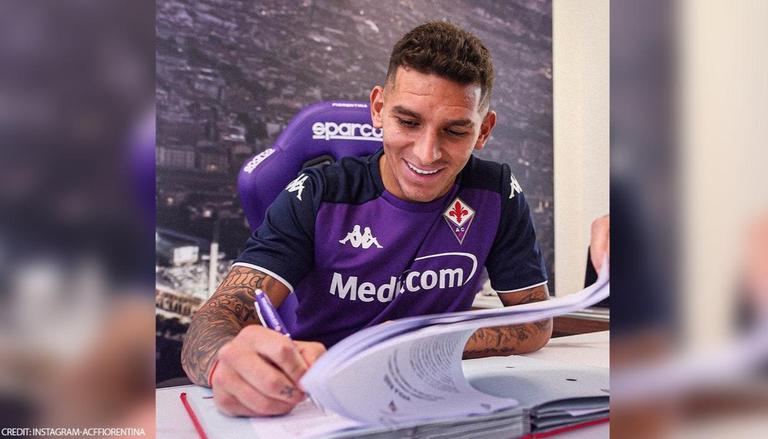 
Arsenal midfielder Lucas Torreira has joined Serie A club Fiorentina on a loan deal worth £1million, with the possibility of a permanent transfer at the end of the season. The Gunners informed the 25-year-old that he was free to leave Arsenal this summer after being deemed surplus by Mikel Arteta.

The 25-year-old has not appeared for Arsenal since the conclusion of the 2019-20 season. Torreira appeared in 89 games for Arsenal, where he scored 4 goals. He was on loan last season with La Liga champions Atletico Madrid, where he played 26 games and helped Diego Simeone's team win La Liga.

Lucas Torreira to wear the No.18 shirt at Fiorentina

Despite winning the La Liga title with Diego Simeone's team, Torreira acknowledged that a return to Italy has been on the back of his mind for some time now. In an interview with Fiorentina's official website, he stated: “I had already been thinking of returning to Italy for some time, and fortunately the proposal arrived from Fiorentina, who really wanted me.”

In 2013, the Uruguayan joined Pescara's academy before moving to Sampdoria two years later. Torreira also claimed following his mother's death that he no longer wanted to play in Europe. However, he will now continue to play in Serie A for at least another year.

A club statement from Fiorentina stated that Torreira will wear the No. 18 shirt.

"Torreira has 31 Uruguay caps to his name and recently played for his country at the Copa America. The midfielder will wear the No.18 shirt at Fiorentina."

Torreira could potentially be in line for his Fiorentina debut this weekend as they battle with Torino.