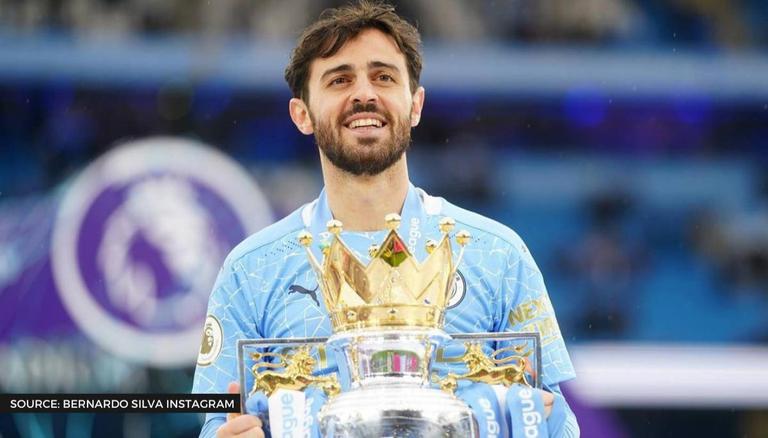 Atletico Madrid are looking to add more quality to their roster this summer as they eye for a successful title defence as they pipped heavyweights Real Madrid and Barcelona to the LaLiga crown this season. Manager Diego Simeone understands the need for some fresh faces to push for glory once more, and eyes have fallen upon Portuguese international Bernardo Silva.  As per Man City transfer news, Silva is one of many Man City stars who could face the axe this season as Pep Guardiola plans a rebuild following their Champions League final defeat.

Bernardo Silva could be on his way out of the Etihad Stadium this summer and Atletico Madrid are amongst the many parties who have expressed their interest in signing the Portugal star. Silva at 26 is currently in his prime and his versatility and skill on the ball make him a prized asset for whichever team that can match up to Man City's demands. As per Atletico Madrid transfer news by France Football, Diego Simeone is actively pursuing a move for the Man City star, with Pep Guardiola intent on making large scale changes to his successful roster. Silva has struggled to nail down a place in the starting XI for the 2020/21 campaign, and the emergence of Phil Foden has further hurt his chances of making a claim.

Atlético Madrid are ‘eyeing a move’ for Bernardo Silva. Diego Simeone is ’ogling’ Bernardo and has wanted him for ‘many years’. Atlético are looking to make a ‘big splash’ this summer after winning La Liga.

Simeone is a long term admirer of the attacking midfielder and while a host of other clubs will be interested in signing the Portuguese playmaker, Atletico Madrid have good relations with his agent, Jorge Mendes. The super-agent had facilitated the deal which saw Sergio Aguero move to Manchester City a decade before, with the Argentine striker enjoying a trophy-laden spell at the club before joining Barcelona this summer. Jorge Mendes also brokered the deal for Atletico Madrid's record signing Joao Felix, while has helped them in many sales including those of Radamel Falcao and Diego Costa.

Bernardo Silva has been a major outlet for Man City in his time at the club. In his four seasons, the 26-year-old has scored 21 goals and assisted a further 24, this in 131 appearances. Despite playing a limited number of games this season, he had a goal involvement of 14 for Pep Guardiola's side across all competitions. Silva would team up with Luis Suarez and Joao Felix if he does move to Atletico Madrid, forming a deadly trio, which would further boost Simeone's hopes of retaining LaLiga.