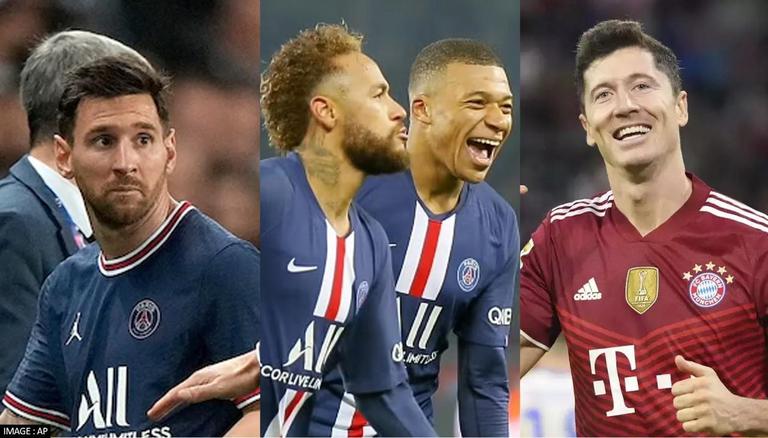 
The 30 nominees for the upcoming Ballon d'Or 2021 were officially announced on Friday and football megastar Lionel Messi is on the list as well. Messi has won the prestigious award a record six times and he is once again a top contender to bag the award come November 29.

As Lionel Messi looks forward to winning the Ballon d'Or for the seventh time, he himself reckons that there are other strong contenders who can leave the Chatelet Theatre as the Ballon d'Or 2021 winners.

With less than two months to go for the Ballon d'Or 2021 awards, Lionel Messi has voted for his Paris Saint-Germain (PSG) teammates Kylian Mbappe and Neymar as his favorites to bag the award. Apart from these two, Leo has also voted for the star FC Bayern Munich striker Robert Lewandowski and Real Madrid's Karim Benzema.

READ | Who will win the Ballon d’Or 2021? Full list of nominees, key favourites, date and more

“Obviously, I have two players in my team that I would vote for, Ney (Neymar) and Kylian (Mbappe). Afterwards, there are players at the individual level who have had a great season, like [Robert] Lewandowski, [Karim] Benzema", said Lionel Messi while speaking to  L’Equipe.

The modern-day football great had an outstanding year both individually and collectively as he played a key role in Barcelona's  Copa del Rey triumph and followed it up by helping Argentina win a major trophy for the first time in 1993 by lifting the Copa America title in July this year.

On a personal note, Leo has netted 37 goals and was also involved in 14 assists in 46 appearances both at the club as well as the international level combined. Meanwhile, he is has won the prestigious award more than any other player and it will not be a surprise should he walk away as the Ballon d'Or 2021 winner on November 29.

WE RECOMMEND
Ballon d'Or 2021: Lionel Messi names two PSG teammates he would vote for the elusive award
Who will win the Ballon d’Or 2021? Full list of nominees, key favourites, date and more
Cristiano Ronaldo or Lionel Messi? Gary Lineker picks his favourite and explains why
Ballon d'Or 2021: How can Manchester United's Cristiano Ronaldo win this year?
Kylian Mbappe thought it was 'impossible' for him to play with Lionel Messi; here's why
Listen to the latest songs, only on JioSaavn.com