At his pre-match press conference, Barcelona coach Xavi said he was shocked and saddened after he heard of Dani Alves' arrest for alleged sexual assault. 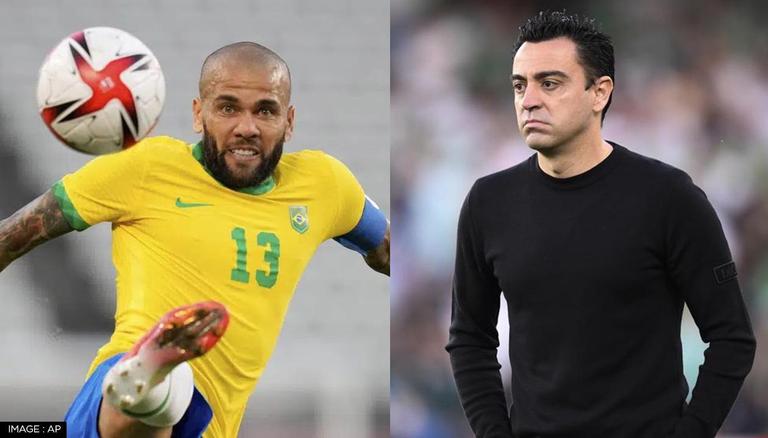 
Barcelona coach Xavi said he was shocked and saddened after he heard of Dani Alves' arrest for alleged sexual assault. Xavi, who spent nine seasons with Alves at the Nou Camp, said that it was difficult for him to comment on the situation and that the justice system will decide what they must do.

'I feel bad for him': Xavi on Dani Alves' arrest

Speaking about Dani Alves' arrest at his pre-match press conference ahead of FC Barcelona's clash against Getafe, Xavi said,"It is difficult to comment on his situation. I am surprised and stunned. I am in shock. The justice system will decide what it must do, we can’t get into that. I feel very bad for him because I know him," AP reported.

The 39-year-old Alves was arrested on Friday by Spanish police after they spent days carrying out a preliminary investigation into the allegation of a woman claiming he sexually assaulted her in a Barcelona nightclub last month. A judge agreed with state prosecutors after hearing the testimonies of Alves, his accuser, and a witness that he should remain jailed, without the right to bail.

Under Spain’s sexual consent law passed last year, sexual assault takes in a wide array of sex crimes from online abuse and groping to rape, each with different possible punishments. The worst case of rape including violence can receive a maximum sentence of 15 years.

AP reports that neither the police nor the court would disclose any details of Alves’ case, and the Spanish press has included differing accounts of the alleged events, ranging from Alves supposedly groping the woman to him allegedly raping her in a club bathroom. Before his arrest, Alves had denied any wrongdoing. He acknowledged he had gone dancing at the high-end club but said he did not know the woman and insisted that he always 'respects the personal space' of others.

Dani Alves is among few football stars who have seen success at the top even after turning 40. Alves has won 42 titles, including three Champions Leagues with FC Barcelona and two Copa Americas with Brazil.