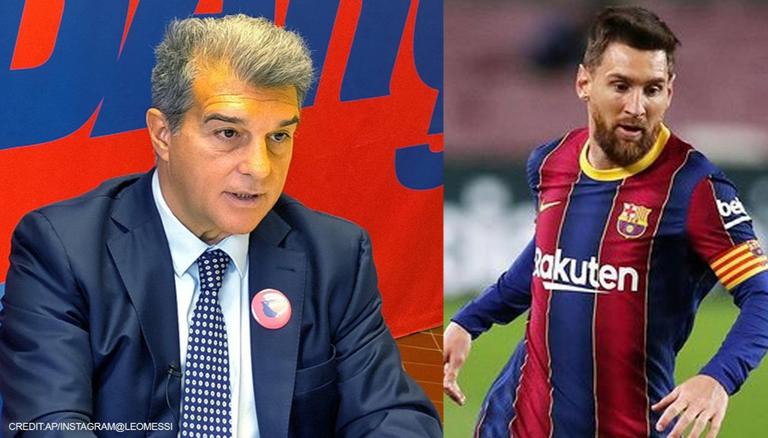 
According to FC Barcelona President Joan Laporta, the new contract talks with Lionel Messi are "progressing adequately" as the Catalan giants are still hopeful of matching the salary that Messi was previously on.

Messi became a free agent on July 1 after his contract with Barcelona expired but the club seems to have still not given up on offering him a two-year deal with the same wages as the last contract. Messi's last contract was valued at more than €500 million over four years, including signing-on fees, bonuses, and his weekly salary.

According to reports, when asked for an update on discussions Laporta told reporters "(Messi's renewal) is progressing adequately."

Laporta mentioned Messi's Copa America triumph, where Messi's Argentina beat Brazil 1-0 in the final to secure the national team's first title in 28 years and the superstar's first major international trophy at Maracana in Brazil. Messi racked up four goals and five assists leading the Argentine team to victory and picking up the Golden Boot on the way. He has had a direct influence on nine out of the 12 goals Argentina has scored.

"All the Catalans, Barcelona, Catalunya, and the entire football world are happy because Leo won the Copa America. It is very exciting to see the best player in football history get excited about winning a title like this and he made all of us cry with joy," Laporta said.

"He is very happy, we are all happy, I am happy for Leo who has managed (to win the Copa America), together with his teammates, and that Argentina are once again in the elite, and (I am) also (happy) for (Sergio) Aguero. I am happy for Messi's family, for Argentina, for Barcelona who are recognised, admired, and loved for having this bond with Leo,"

Why have FCB not confirmed his renewal yet?

La Liga president Javier Tebas had earlier said that it would be impossible for FC Barcelona to match the previous salary of Lionel Messi as the Catalan club is going through a financial predicament. As per sources, Barcelona's salary cap before the COVID-19 pandemic was over €600 million and since then it has dropped to €347 million this year. Tebas said the only way for Barca to keep their captain was to get rid of more players, having recently sold left-back Junior Firpo to Leeds United and USA international Konrad de la Fuente to Marseille Barcelona are reportedly looking to sell more.