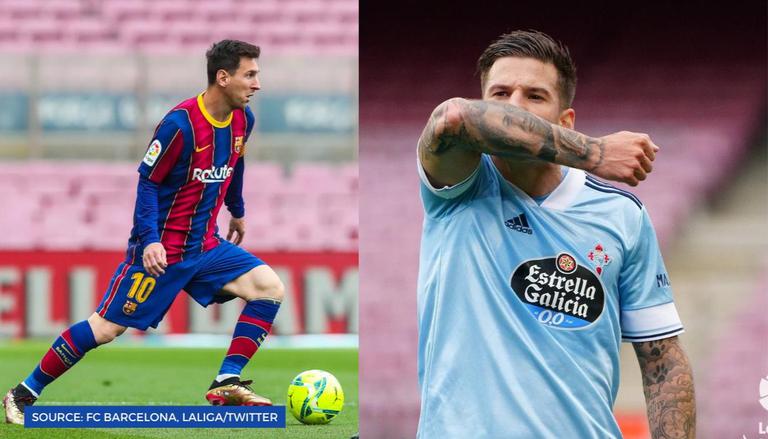 FC Barcelona suffered from a narrow 1-2 loss to Celta Vigo at Camp Nou in what was their final home game this season which saw the Catalan outfit crash out of LaLiga title race. Currently slotted third on the LaLiga table, FC Barcelona have 76 points against their name with second-placed Real Madrid sitting at 81 points while league leaders Athletico Madrid hold a narrow 2 point lead over their city rivals at the end of Matchday 37 in the Spanish League. With the Blaugrana outfit mathematically out of the LaLiga title chase for this season, it will be the first instance where FC Barcelona will finish outside the top two spots in LaLiga since 2007-08.

Barcelona will finish outside La Liga's top two places for the first time since 2007-08 😳 pic.twitter.com/gkaSaIJeYU

The loss to Celta Vigo could not have come at a worse time for the Catalan outfit as the hosts failed to hold their nerves despite leading in the game around the half-hour mark. Lionel Messi opened up the scoring at the 28th minute to hand them a crucial lead but Barcelona failed to mitigate Santi Mina as the Spanish attacker came out all guns blazing to equalise with less than 10 minutes to go for halftime. The 25-year-old came back to haunt FC Barcelona again as his 89th-minute strike handed a stunning win to Celta Vigo, destroying Barca's title hopes. It could also well be the final home game for Barcelona boss Ronald Koeman and club captain Lionel Messi with the duo rumoured to leave Nou Camp at the end of this season.

With FC Barcelona set to miss out on the LaLiga title, the race for the Spanish domestic league has now become a head-to-head race for both the Madrid teams with Real Madrid and Atletico set to fight for supremacy on the last matchday. The LaLiga Matchday 38 fixtures see the table-toppers square off against relegation-threatened Real Valladolid while Zidane's men lock horns against Europa League finalists Villarreal.

Atletico Madrid are expected to run away with the LaLiga title this season with Los Rojiblancos holding a two-point lead over the reigning LaLiga winners ahead of the final matchday. Diego Simeone's men will also fancy their chances of lifting the domestic league title the next week as they visit Estadio Jose Zorrilla to face a comparatively easy opponent while Real Madrid host a high-flying Villarreal outfit.