Bayern Munich were left stranded at their hotel in Bremen following the discovery of a World War II bomb near the airport. FC Bayern won 12-0 against Bremer SV. 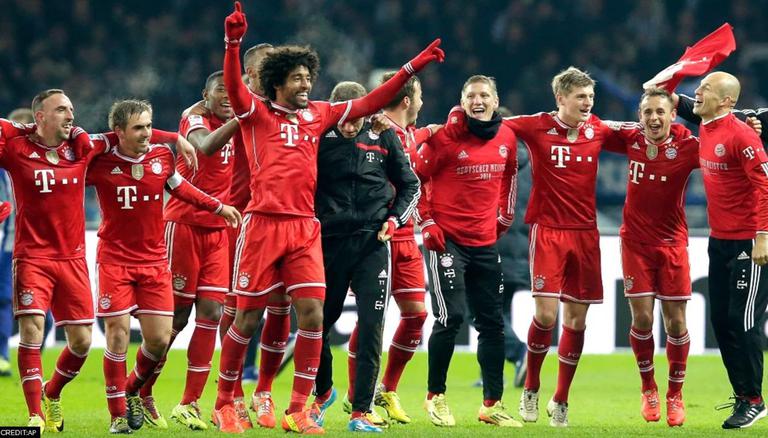 
Following their mammoth 12-0 win over Bremer SV on Wednesday, Bayern Munich were supposed to travel back to Bavaria for their next Bundesliga game against Hertha Berlin on August 28. However, the team was left stranded in Bremen as the authorities closed down the area after a World War II bomb was found near the airport.

The bomb is said to be a 500kg explosive device that is believed to have been dropped by the Americans 75 years ago during the bombing raids on the city during World War II. The bomb was found on Wednesday during an exploratory work in the Habenhausen area.

A bomb scare is a weird reason for a team’s travel plans to get disrupted. However, this was not the first time Bayern Munich have encountered a lag in their travel plans. The team suffered a delay in flying to Qatar earlier in 2020 for their Club World Cup campaign.

The team was stuck in the airport for a whole night as the Berlin airport prohibited after-night flights. They waited the whole night at the airport before they were allowed to board the flight at almost 7 in the morning. However, in a lighter sense, the bomb scare was being termed as 'Bayern Munich's karma' by the netizens as they had badly defeated a fifth-tier team.

In their match against fifth-tier team Bremer SV, Bayern Munich dominated the game to finish with a 12-0 margin, advancing into the second round of the 2021-22 German DFB Pokal Cup. Eric Maxim Choupo-Moting top-scored with four goals and three assists. Three of his goals were scored before half-time. He last scored a hat trick in December 2014 against VfB Stuttgart when he was at FC Schalke.

READ | Fans debate over why Messi strolls around the pitch during matches, label it a 'tactic'

Jamal Musiala scored twice for Bayern in their 12-0 rout while Malik Tillman, Leroy Sane, Michael Cuisance, Bouna Sarr, and Corentin Tolisso also scored one each. The only player from Bremer SV to find the net was Jan-Luca Warm, who scored an own-goal in the first half of the match.

Bayern currently stand fourth in the Bundesliga table after two matches. They managed to grab a win against FC Koln but managed only a draw in their Bundesliga 2021-22 season opener against Borussia Monchengladbach on August 14. They will next play Hertha BSC in the Bundesliga on August 28.