Lionel Messi is expected to start for the first at the Parc des Princes since making his move from Barcelona in August. He has already played two matches. 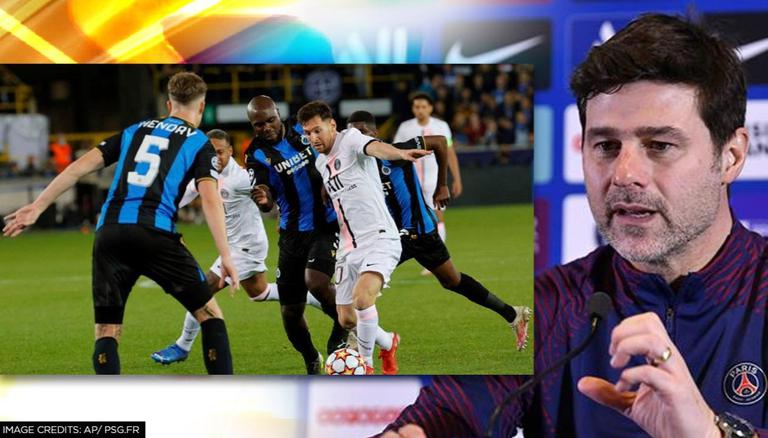 
Lionel Messi is expected to start for the first at the Parc des Princes since making his move from Barcelona in August. He has already played two matches, the first as a substitution in their 2-0 win against Reims followed by starting in their 1-1 draw against Club Brugge in the UEFA Champions League Group Stage on Wednesday. According to PSG boss Mauricio Pochettino, Messi is more than ready to make his home debut in Sunday's clash against Lyon.

Pochettino told reporters on Saturday, "He is happy to be able to make his debut at the Parc des Princes in front of his fans tomorrow, he is calm and composed. But so is the whole team. Everyone is thinking about putting in the best performance possible, our goal is to win this game," as quoted by Goal.com.

Paris Saint-Germain had a blockbuster summer transfer window this year where they managed to sign a total of six world-class players in the form of Geroginio Wijnaldum, Achraf Hakimi, Sergio Ramos, Gianluigi Donnarumma, Nuno Mendes, and none other than the legend Lionel Messi. Out of the six, only one player has yet to make his debut for the club and that is centre-back, Sergio Ramos. Ramos was ruled out with a soleus injury in his left thigh for about two months back at the beginning of August. However, PSG boss Mauricio Pochettino was quizzed on when the World Cup-winning defender will be available to play, but the Argentine has no idea.

Speaking to the press before their match against Lyon on Sunday, Pochettino said that he is unsure when the defender would be available. "I don't have any details on when he will be available. We hope he will be available soon. He is well individually, he is calm and continues his preparation. We hope that he can play quickly and it is important that he can return to a good level, equal to that of his teammates," said Pochettino as quoted by Goal.com.

Kylian Mbappe was a doubt for their upcoming Ligue 1 match after he picked up a small injury in their mid-week Champions League Group Stage draw against Club Brugge but Pochettino cleared the mystery behind the forward's issue saying that he will most likely be available to play on Sunday. Pochettino said:

Yes, he trained with the group with some precautions, we are happy with the evolution of his injury. We will see how he is tomorrow morning to know if he will be in the group tomorrow.