Copa America results and highlights: Uruguay and Paraguay confirmed their places into the quarterfinals of the major South American tournament on Thursday. 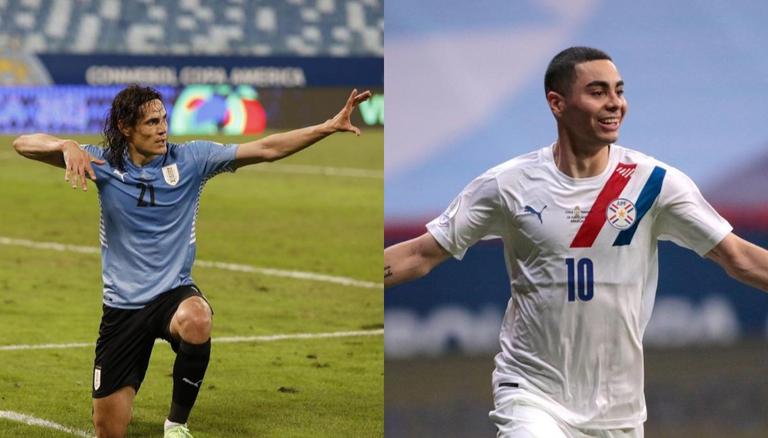 An own goal in the first half and a late second from Edinson Cavani gave Uruguay a 2-0 win over Bolivia on Thursday and guaranteed their place in the quarterfinals of the 2021 Copa America. Uruguay have won this tournament more than any other country but they have laboured so far this year, losing 1-0 to Argentina, drawing 1-1 with Chile and failing to shine against a Bolivian side whose last away win was 32 games ago in Myanmar, making it to their Copa America scores.

The win for Oscar Tabarez's men ended a five-game winless streak for Uruguay and ensures their place as one of the top four teams in Group A alongside the already-qualified Argentina in the Copa America standings.

Newcastle United attacker Miguel Almiron got a goal and an assist as Paraguay beat Chile 2-0 in the Copa America on Thursday and confirmed their place in the next round, making it to the Copa America highlights from Thursday. Braian Samudio gave Paraguay the lead after 33 minutes after heading in a corner from Almiron, who then completed the scoring with a penalty 13 minutes into the second half. While Chile did look threatening on the ball, they lacked conviction and weren't clinical enough in front of the opposition goal.

Paraguay began their campaign with a 3-1 win over Bolivia before suffering a narrow 1-0 defeat against Argentina. Following their triumph over Chile, they will play their final group game against Uruguay on Monday.

READ | Copa America in Brazil up to 140 virus cases

Copa America standings in Group A

Argentina are currently at the top of Group A with seven points from three games. Lionel Messi and co. will face Bolivia in their final group game. Paraguay are in second place with six points while Chile, who have played all their group games racked up five points from four matches.

Uruguay's win kept them in fourth place on the table but also assured them of a place in the quarterfinals. Bolivia, who suffered three defeats from their three group games so far, are eliminated from the tournament.