Cristiano Ronaldo expressed his gratitude for being elected PL Player of the Month, he thanked his teammates saying that he could not have done it without them. 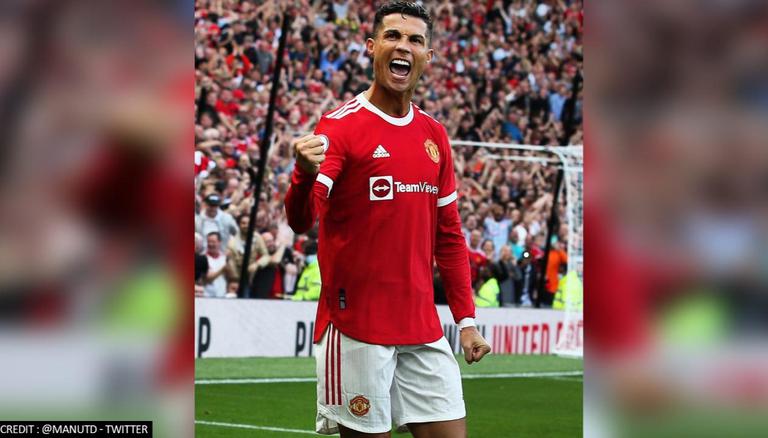 
The 2021 summer transfer window will be considered one of the most entertaining ones; it saw Lionel Messi sign for a club other than Barcelona and Cristiano Ronaldo resign for Manchester United. Ronaldo's transfer was one for the ages, with initial reports suggesting that he could join United's cross-town rivals Manchester City but then made a u-turn and decided to return to Old Trafford. Since putting on the Red Devils' jersey again the five-time Ballon d'Or winner has been nothing short of prolific. He has managed to rack up five goals in seven appearances so far, with three of them coming in the Premier League. His goalscoring prowess has now earned him the Premier League Player of the Month award.

Ronaldo took to Twitter to express his gratitude for being elected Player of the Month in the league, he thanked his teammates saying that he could not have done it without them.

Proud to be elected Player Of The Month among so many great players in the Premier League. Thanks to all my teammates at Man. United, couldn’t have done it without them. Let’s keep working hard and the results will come!🔴⚫️💪🏽 pic.twitter.com/OFFmdyfJ7z

The Portuguese superstar won the Premier League Player of the Month award after receiving more votes than the other nominees. The other players that were also nominated for the award were Manchester City's Joao Cancelo, Chelsea's Antonio Rudiger, Newcastle United's Allan Saint-Maximin, Liverpool's Mohamed Salah, and Watford's Ismaila Sarr.

Ronaldo's return to Old Trafford could not have been better; he started in United's league game against Newcastle and managed to score a brace as the Red Devils thrashed Newcastle 4-1. He then scored again in United's win over West Ham before scoring two more in two UEFA Champions League games, including a dramatic injury-time winner against Villareal after they were down a goal only to make a comeback. However, not everything has been goals and wins for the five-time Ballon d'Or winner as he was recently benched for United's 1-1 draw against Everton in the league, and he was not happy with the decision to start from the bench. United boss Ole Gunnar Solskjaer has defended his team selection and went to say that not starting Ronaldo was the 'correct decision', explaining that Edison Cavani needed the playing time. However, Ronaldo would not want to be on the bench too often because of his relentless attitude to play every minute of every game and win all of them.