Back in October, Georgina Rodriguez and the Portuguese star took to Cristiano Ronaldo's Instagram account to announce about the couple expecting twins. 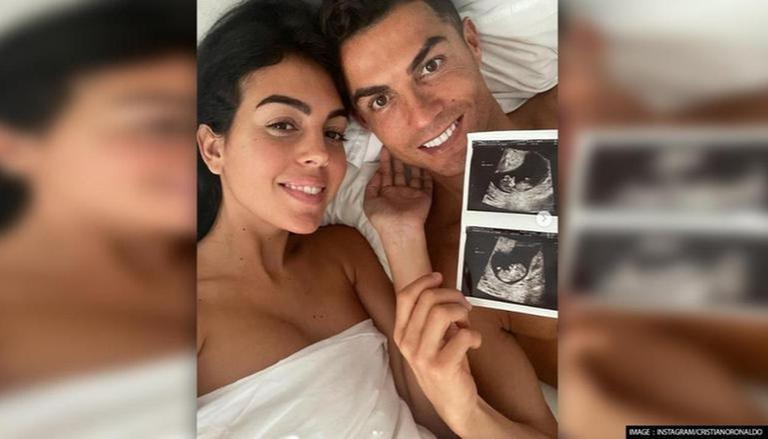 
Manchester United star Cristiano Ronaldo on Thursday took to Instagram to share the good news about his to-be-born twins. Not just that, the footballer also revealed their gender to his fans. The new boy and girl will be Ronaldo's fifth and sixth kids. The Portuguese-forward and his partner Georgina Rodríguez already share four kids by the name of Alana, Eva, Mateo and Ronaldo Jr.

The video which was shared by a Manchester United star on Instagram handle sees Cristiano Ronaldo's girlfriend Georgina Rodríguez, and his four children announcing the gender of the newest tiny members of the family.

The video which has so far received 15,387,520 views sees Cristiano Ronaldo's 11-year-old son, Cristiano Jr., and 4-year-old son, Mateo, holding one balloon while his 4-year-old daughters, Eva and Alana, hold another balloon. Rodríguez, who can be heard in the background presumably filming the video, gives a quick countdown in Spanish before all the four kids pop the balloons. He captioned the image Where life begins and love never ends with heart emojis.

READ | World's Most Admired: Sachin among top 3 sportspersons alongside Messi and Ronaldo

Speaking about the relationship Ronaldo is believed to have met Georgina at a Gucci store where she was working as a sales assistant in 2016. The Spanish model is the Portugal star's most serious love interest since he broke up with his long term partner Irina Shayk in 2015.