Cristiano Ronaldo The ONLY Player In History To Finish Top Scorer In EPL, LaLiga & Serie A

Cristiano Ronaldo is the only player in history to be crowned as the top scorer in England, Spain and Italy after his Capocannoniere this term with Juventus 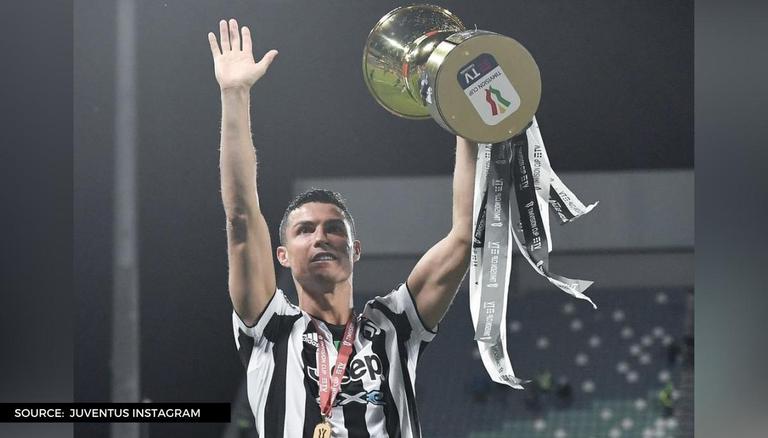 Cristiano Ronaldo was absent for Juventus' final league game of the season, but the Portuguese ace still managed to get into the record books. The 36-year-old is in the final stages of his career but continues to add honours to his illustrious CV as he did on Sunday. Despite not playing against Bologna, Ronaldo finished as the Serie A top scorer ahead of Inter Milan's Romelu Lukaku and Atalanta's Luis Muriel.

Cristiano Ronaldo pipped Romelu Lukaku and Luis Muriel to finish as the top scorer in Serie A this season to become the only player to achieve the feat in the Premier League, LaLiga and Italy's top flight. The 36-year-old scored 29 goals as Andrea Pirlo's side finished the season in fourth place securing Champions League qualification.

Ronaldo has won the Capocannoniere race for the first time since his move to Italy, having finished runner up to both Fabio Quagliarell and Ciro Immobile by five goals in the previous two campaigns. In total, the former Manchester United superstar has scored 81 Serie A goals in 97 appearances and 101 in total from 102 games and has won the Serie A footballer of the year in the last two seasons.

The five-time Ballon d'Or was the Premier League's top goal scorer in 2007-08 while at Manchester United with 31 goals. He scored 42 in all competitions as the Red Devils won the league and Ronaldo's first Champions League and his first Ballon d'Or win. He scored 118 goals in 292 appearances for United before leaving to join Real Madrid in a then world-record fee in 2009. While in England, Ronaldo twice won the Players' Player of the Year and Football Writers awards in 2006-07 and 2007-08.

Cristiano Ronaldo is the only player in history to finish top-scorer in the Premier League, La Liga and Serie A. 🏴󠁧󠁢󠁥󠁮󠁧󠁿🇪🇸🇮🇹 pic.twitter.com/lseIllS0XT

At Real Madrid, Ronaldo won the Pichichi trophy for La Liga's top scorer on three occasions, with the first coming in 2010-11 campaign when he scored 40 goals. The Portuguese ace was top scorer again in 2013-14 as he scored 31 times as Real Madrid won the LaLiga and the Champions League, handing him his second Ballon d'Or. In the following campaign, Ronaldo again won the Pichichi after scoring 48 goals but finished trophyless as Barcelona won the treble. The Portuguese ace left for Italy in 2018 as Los Blancos' all-time leading scorer with 450 goals in 438 appearances with 311 goals in just 292 games in LaLiga.

While Juventus have struggled this term, Cristiano Ronaldo has starred for Andrea Pirlo's side as they managed to qualify for the Champions League eventually. The former Real Madrid superstar has scored 29 goals in just 33 Serie A games this season, to finish the campaign with 36 goals in 44 games across all competitions. Ronaldo recently became the first player to win all possible domestic titles in three of Europe's top five leagues, with Juventus' Coppa Italia win. The Portuguese ace won the Premier League, League Cup, the Community Shield and the FA Cup in England with Man United, LaLiga, Spanish Super Cup and Copa Del Rey in Spain and the Serie A, Coppa Italia and Super Cup in Italy.

Success in Europe has eluded Ronaldo in Turin and the five-time Ballon d'Or winner has been linked with an exit from the Biaconeri. The 36-year-old's absence on the final gameday suggests all is not well with the Portuguese ace, with Manchester, Real Madrid and Paris Saint-Germain all monitoring the situation. Ronaldo's wages will be a major roadblock in the post coronavirus market, but his pedigree and a cut-price fee should see suitors lined up for him. Juventus will look to cash in on their superstar with only 12 months left on his contract since he was signed for a whopping initial €100 million.