Juventus star Cristiano Ronaldo recently visited his old football academy CD Nacional and posted pictures of his visit on Instagram. The Portuguese international has been under quarantine in his hometown of Madeira amid the ongoing coronavirus crisis in Portugal. Meanwhile, all Serie A games have been suspended until the end of April after the spread of the pandemic in Italy. 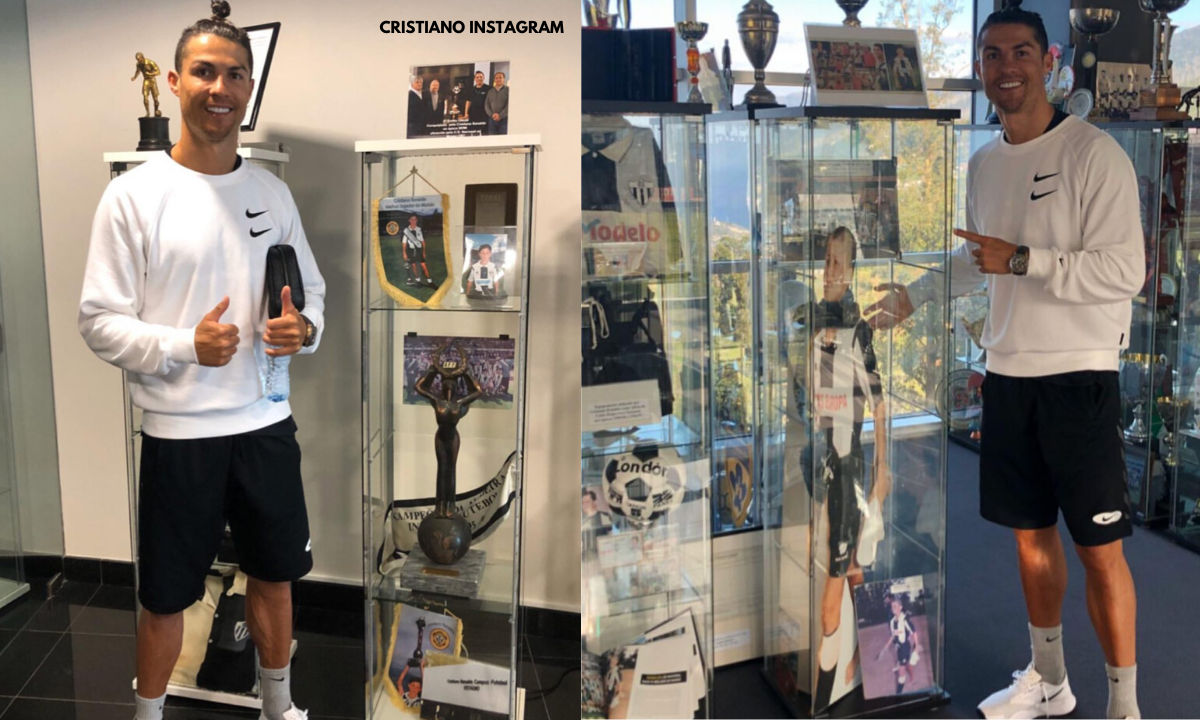 The 35-year-old recently visited his childhood club CD Nacional which is based in Funchal, Madeira, amid the Cristiano Ronaldo quarantine. The five-time Ballon d’Or winner is seen posing in the club’s museum alongside trophies and memoirs in the Cristiano Ronaldo hometown. The image was accompanied by a caption that read, “It’s always good to be back home”.

CD Nacional currently plays in the LigaPro, the second-tier division of professional football in Portugal. It is here that Ronaldo embarked on his journey of becoming one of the greatest football stars in history. Honoured by the superstar's achievements, the Cristiano Ronaldo hometown club named their youth training facilities 'Cristiano Ronaldo Campus Futebol'.

Always challenge yourself! ðŸ‘ŒFor me it's time to study ðŸ¤“ pic.twitter.com/n2ZIUhGa5d

The Cristiano Ronaldo quarantine continues in his hometown since March. The player returned to Madeira after three Juventus players - Daniele Rugani, Blaise Matuidi and Paulo Dybala - tested positive for coronavirus, compelling the Italian giants to permit their star man to fly to Portugal. Later, the footballing events were suspended until the end of April.

PEOPLE HAVE PLEDGED SO FAR
LATEST NEWS
View all
6 hours ago
Man City facing a nightmare schedule as clubs meet to discuss Project Restart date
10 hours ago
LaLiga return to be facilitated by league games being broadcast for free in June: Report
5 hours ago
Solskjaer to pass up on opportunity to sign Barcelona outcast Philippe Coutinho
5 hours ago
Thierry Henry recalls Lionel Messi's 'forgotten' goal that 'defied logic'
4 hours ago
Coronavirus lockdown looks before vs after ft Ronaldo, Kante, Aubameyang and Ashley Young