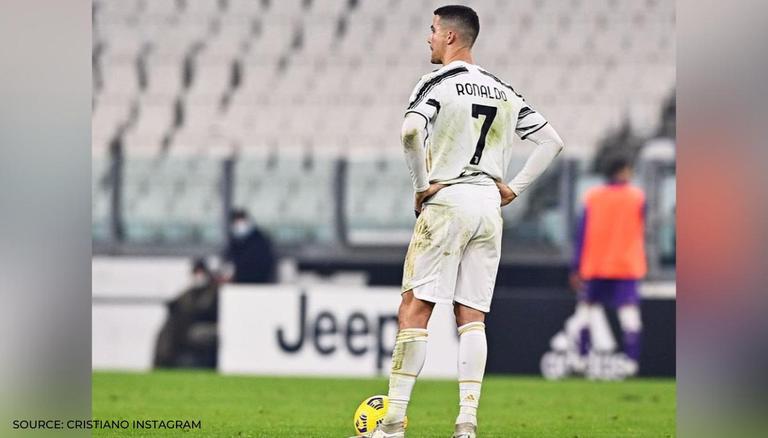 Five-time Ballon d'Or winner Cristiano Ronaldo has further stoked the flames of speculation regarding his Juventus career by issuing a lengthy, cryptic statement on social media in which he reflects on the failed title bid and achieving his personal goals. In his long Instagram post, the Portuguese star wrote that he has achieved everything he wanted to in Italy and thanked everyone for being part of this journey. Ronaldo finished five goals clear in the race for the Golden Boot in Serie A as Juventus also managed to qualify for the Champions League on the final day of the season.

With clouds of Cristiano Ronaldo's move away from Juventus getting thicker with him moving his string of expensive cars out of his home in Turin, the Portuguese star strongly hinted at his departure from the club in a long Instagram post. The 36-year-old's contract with Juventus expires in the summer of 2022  but he expressed his happiness on what he has achieved with the Old Lady this season, despite Juventus finishing fourth in Serie A.

While he congratulated Inter Milan for winning the league, Ronaldo also felt that he has achieved the goals that he set from the day he signed for the Bianconeri. He wrote, "The life and career of any top player are made of ups and downs. This year we couldn’t win Serie A, congratulations to Inter for the well-deserved title. However, I have to value everything that we achieved this season at Juventus, both in collective and individual terms. The Italian Super Cup, the Italian Cup and the Serie A top scorer trophy fill me with happiness, mainly due to the difficulty they carry with them, in a country where nothing is easy to win."

However, while signing off, Ronaldo thanked everyone for their contributions in his 'journey' so far. Ronaldo reflected on the countries where his career has taken him, though there were slight undertones that he may leave Italy. Only time will now tell whether this was just a defiant message to Juventus or him waving goodbye.

READ | Cristiano Ronaldo the ONLY player in history to finish top scorer in EPL, LaLiga & Serie A

Ronaldo scored 29 goals in 33 league appearances last season, helping Juventus qualify for the Champions League. In total, he made 44 appearances in all competitions and scored 36 times but was strangely left on the bench by Andrea Pirlo on more than a few occasions during the course of the campaign.

Ronaldo will now turn his attention towards his national team, with Portugal hoping to defend their European championship. In total, Ronaldo, Portugal's all-time top scorer has scored 103 goals in 107 games for his national team. Portugal will begin their Euro 2020 defence facing Hungary in the group stages on June 15. They then lock horns with Germany and World Champions France.