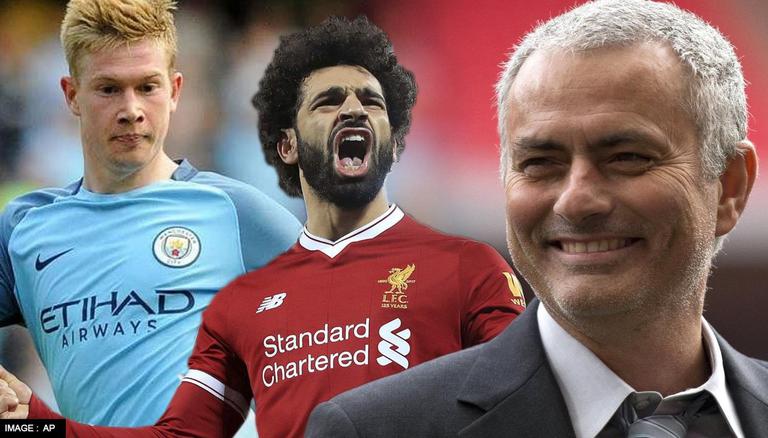 According to Newton, the duo left the Blues because of a 'personality clash' with the Portuguese manager. Both De Bruyne and Salah struggled during Mourinho's second stint at Chelsea from 2013 to 2015.

Eddie Newton told Goal, "For me, I think Salah and De Bruyne wasn’t about talent. It was a personality clash (with Jose Mourinho). I just didn’t think it was working at the time. I think they were more than good enough, but it was the manager who didn’t see eye-to-eye with them, so it wasn’t going to work.” De Bruyne left Chelsea to join VfL Wolfsburg in 2014 before joining Manchester City the season after. On the other hand, Salah left the Blues in 2016 to join Roma before joining Liverpool in 2017.

Newton explains why things did not work out for Romelu Lukaku

Romelu Lukaku, who was in a similar position to Kevin de Bruyne and Mohamed Salah after joining Chelsea in 2011, returned to Stamford Bridge this past transfer window in a £97m deal after two successful years with Inter Milan. Speaking of Lukaku's prowess, Eddie Newton said, "He wasn’t ready at the time, and I don’t care what anyone says. He just wasn’t ready to be the main No 9 upfront and carry that platform like Didier."

Newton added that while Lukaku was 'a great kid,' it was always going to be hard for him because he always was under pressure to emulate the success of 'Didier.' As a result, it was better for the Belgian striker to leave Stamford Bridge and go on a loan spell to West Brom and Everton before joining the latter club on a permanent deal in 2014.

After spending three years at Everton, he went to Manchester United in 2017 before joining Inter Milan in 2019. Newton believes Lukaku's spell at Inter was a great success because he 'worked tirelessly' to get his level higher. As a result of outstanding stats for Inter last season when he scored 24 goals and 11 assists in just 36 Serie A appearances, Chelsea chose to break their club transfer record to re-sign him this past summer.

WE RECOMMEND
Whose 'brainchild' is Chelsea's famed loan system? How does it function?
Chelsea's Mason Mount opens up on Ballon d'Or nomination, calls it a dream
Frank Lampard favourite for Newcastle job; a look at his record for Chelsea and Derby
Tammy Abraham narrates how Jose Mourinho influenced his decision to leave England
Juventus vs Chelsea Live Streaming: Where to watch UCL match in India, UK and US?
Listen to the latest songs, only on JioSaavn.com