Denmark goalkeeper Kasper Schmeichel has gone on record to criticise the organizers for forcing the resumption of the Denmark vs Finland clash on Saturday. 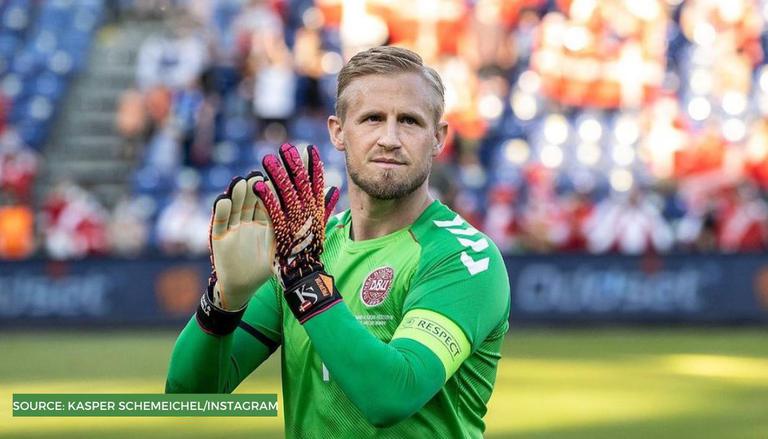 Denmark goalkeeper Kasper Schmeichel has come out all guns blazing, criticising the UEFA for their decision to have the players play the rest of the match against Finland just hours after the Christian Eriksen cardiac arrest incident. The Leicester City shot-stopper did not shy away from sharing his opinions with his father and former Denmark goalkeeper Peter Schmeichel also voicing a similar sentiment as that of his son after the game.

🗣"A decision about the game should not have been made in the heat of the moment." #DEN goalkeeper Kasper Schmeichel has criticised the decision to carry on their #Euro2020 game against #FIN after Christian Eriksen suffered a cardiac arrest pic.twitter.com/HrmuiUTPhd

Schmeichel duo hits back at Euro 2020 organisers for hasty decision

Kasper Schmeichel went on to complain about UEFA's decision to have the players take the field so soon after going through a tragic incident where they saw their teammate Christian Eriksen fall down on the floor at the brink of halftime due to a cardiac arrest. He went on to say that a decision about the game should probably not have been made in the heat of the moment and that a restart should "not have been rushed" so immediately after the incident.

Criticising UEFA, the Leicester City goalkeeper added how he felt that there might be a change in the rules regulations given the "extraordinary circumstances" which could provide the players some time to take a breath and then make a decision in regards to how they could have moved forward for the match.

He explained that one option for the players was to play immediately while the second option was to take the field on Sunday and play the remaining 50 minutes around 12 noon. Peter claimed that the third option in front of Denmark's players was to forfeit the game and walk away with a 3-0 scoreline favouring Finland. The 57-year-old former Denmark international concluded by asking the people to work out the math by themselves, questioning if it was really the players' wish to play while suggesting that the Denmark team didn't really have a choice.

Will Christian Eriksen return to football?

According to Sanjay Sharma, professor of sports cardiology at St George's Univerisity in London, Christian Eriksen will not be allowed to play in the UK as medical professionals would be very strict about it.