Didier Drogba Has Hilarious Response To Mo Salah Breaking His PL Record; 'I Want To Cry'

There is no secret that Liverpool's Mohamed Salah has been on a roll this season as other than scoring goals, he has also achieved several personal milestones. 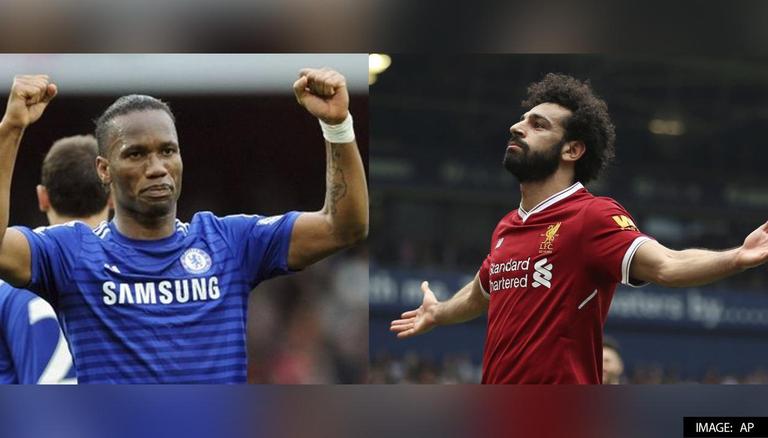 
There is no secret that Liverpool star Mohamed Salah has been on a roll this season as he has also achieved several personal milestones apart from scoring goals. This season, the Egyptian forward not only claimed 100 Premier League goals but also scored a century of goals for Liverpool.

Across all competitions, Salah has already notched up 16 goals in 16 matches and is showing no signs of slowing down anytime soon. The 29-year old is in such fine form that Chelsea legend Didier Drogba is concerned that all his records might be broken.

Mohamed Salah has already surpassed Didier Drogba's record of 104 Premier League goals to become the leading African goalscorer in England's top-flight. The feat was achieved after the Egyptian scored a hat-trick against Manchester United last month.

Interestingly, the Liverpool forward achieved this milestone in just 167 games. Considering the finesse of Salah, it is only a matter of time for him to break more of the Chelsea legend's records.

A wonderful, sweeping move by the Reds 😍 pic.twitter.com/goRC2Ai0QY

Speaking of his records being broken, Drogba joked on Mehwar TV when he said, "If he continues, he's going to destroy all my records - I want to cry!"

Another record that the Egyptian can break is by becoming the leading African scorer in UEFA Champions League history. Drogba scored 44 goals, while Salah is just 11 goals behind from equalising the Ivorian's tally.

Drogba explains why Mohamed Salah did not deliver at Chelsea

Didier Drogba and Mohamed Salah were teammates for a brief period at Chelsea during the 2014/15 season before the Egyptian was loaned out to Fiorentina in the January transfer window. Although the Liverpool winger was not able to establish himself with the Blues, the Ivorian believes that it was only a 'matter of time' before Salah showed how well he could play.

In the same interview, Drogba said that he was impressed by Salah during training, as all his teammates knew that 'the quality was there.' In Drogba's opinion, the Egyptian just required more time on the pitch to show his talent and quality.