Djibril Cisse Explains Why Messi Hasn't Been At His Best, Says It's Not A Football Problem

Since his move to PSG, Lionel Messi has managed to score thrice in the Champions League but he has failed to get a goal or an assist in the Ligue 1. 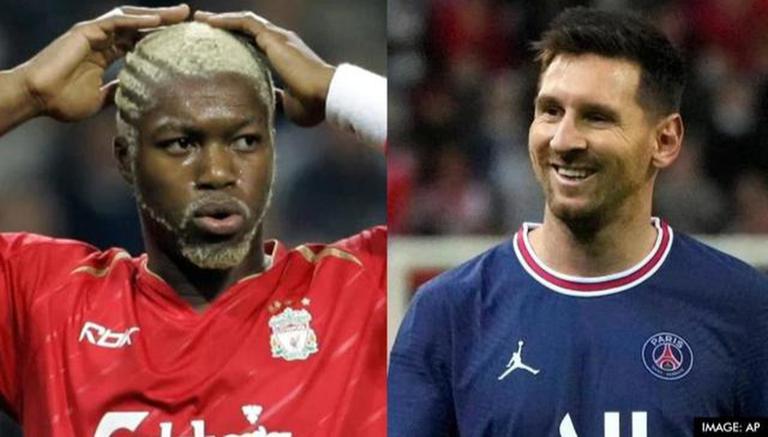 
Ex-French striker Djibril Cisse has explained that Lionel Messi's move to France after having spent most of his life in Barcelona is why he hasn't been at his best and said that the Argentine striker needs time to adapt. Though Messi has managed to score thrice in the Champions League, he has failed to get a goal or an assist in the Ligue 1.

Speaking to Spanish outlet L'Equipe, Djibril Cisse said that it is a change in an environment that has impacted the players' performance and that it is not a football problem. "Messi's problem, if we can speak of a problem, is that he's a human being. He has emotions. He has lifestyle habits. For more than 20 years, he was in his element, in Barcelona. And there, we take him, we put him in another environment and we say to him: 'Go ahead, perform.' But he changed his life. His family has changed their life. We must give him time to adapt, even if his name is [Lionel] Messi. The life of a football player is impacted by his private life. For me, it's not a football problem."

The former France striker also pointed out that the Ligue 1 overall is more physically demanding and that there are a lot of young defenders in the league. "After that, it's true, he must also adapt to the (league). It's a physical Championship, with young defenders who put a lot of commitment into duels and want to compete against Messi. I remember seeing La Liga games where defenders, no doubt out of respect, did not always set foot with him as with others."

Is Lionel Messi available to play for PSG tonight?

Lionel Messi sat out of the training yesterday as a precautionary measure as he was facing a muscle issue, however, during the pre-match presser, head coach Mauricio Pochettino informed reporters that while the player wasn't part of the group training, he has trained individually and could be in action if his muscle isn't a problem.

"Leo has trained well since the match against Marseille. He felt a slight muscle problem today and trained individually out of precaution, but we hope he'll be ready on Friday," Mauricio Pochettino said.

As for PSG, the team finds itself atop the Ligue1 table with 28 points and will face defending champions Lille OSC later tonight (Saturday, October 30, 12:30 AM IST).

WE RECOMMEND
Ballon d'Or: All current and former players who have picked Lionel Messi as winner
Ballon d'Or 2021 winner and final rankings list leaked: Messi or Ronaldo, who is ahead?
Ronald Koeman's successor was picked by Lionel Messi before leaving Barcelona: Reports
Ballon d'Or: Lionel Messi ahead of Lewandowski, Ronaldo and Benzeman in recent poll
Pitch invader evades security to hug PSG's Lionel Messi during Marseille clash
Listen to the latest songs, only on JioSaavn.com