Euro 2020 pre-tournament friendlies: England and France emerged victorious in their friendly matches while the Netherlands and Germany both drew their matches. 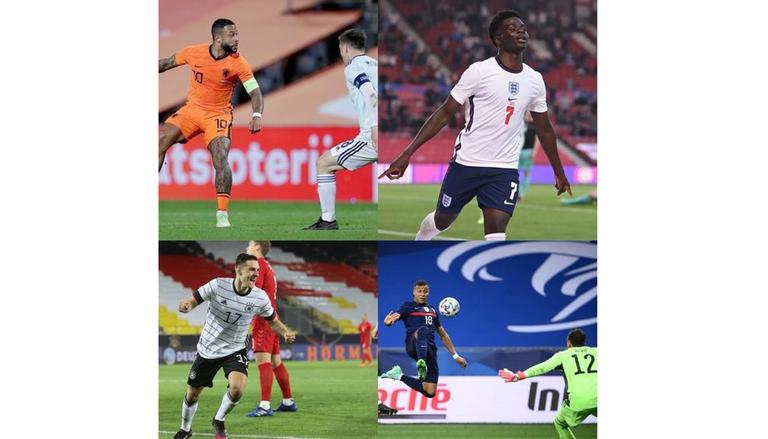 
Euro 2020 is just a week away from today. The teams will be going into the tournament after a long season which concluded with the Champions League final. Before the start of the tournament, teams will be competing against each other in the Euro 2020 pre-tournament friendlies. Every team gets a chance to test their squad and get the players up and going before the start of the competition on June 11.

FT. Our first friendly ends in a draw. #NEDSCO pic.twitter.com/QUYawC5irl

In what was the first meeting between the two sides since 2017, Netherlands and Scotland played a stunning 2-2 draw, which had some really amazing goals. Scotland took the lead in the 11th minute only to get it cancelled out by Memphis Depay. Netherlands had 62% of the possession on the night, but Scotland proved to be very patient as they went on and got the second goal from a Robertson cross which was put into the net by Kevin Nisbet in the 64th minute helping them take the lead in the game. It looked like the game would go in favour of the Scottish side before Memphis Depay curled an amazing freekick to the left side of Scottish keeper Craig Gordon in the 89th minute.

The two teams played out their friendly match in the Riverside Stadium, Middlesbrough. The game went in favour of England after Bukayo Saka scored in the 57th minute to give England a 1-0 lead which they held on to till the end of the game. Although the Three Lions won the match, there are now concerns regarding Trent Alexander-Arnold's availability after he was injured in the last few minutes of the game. After clearing the ball, Trent looked to have grabbed his thigh and things don't look really good for Southgate who is already facing injury concerns with Jordan Henderson and Harry Maguire.

READ | EURO 2020: Benzema and Mbappe could light up France's attack

The game ended in a 1-1 draw,. Florian Neuhaus scored in the 48th minute only to have the German lead cut out by a 71st-minute strike from Yussuf Poulsen. Germany controlled the possession and had 5 shots on target, but that was not enough as  Denmark looked to have answers against the strong German attack.

Florian #Neuhaus' goal early in the second half is only enough for a draw against Denmark 🇩🇪🇩🇰#DieMannschaft #GERDEN 1-1 pic.twitter.com/0i53SvO0PJ

France emerged victorious in their international friendly against Wales as they netted 3 goals on the night with no reply from the Welsh side. Mbappe, Griezmann and Dembele got on the scoresheet and Benzema missed a penalty in the 27th minute but at the end of the day, French resilience prevailed. The 2018 World Champions dominated possession, holding 69% of the ball and also shot 12 shots on target during their victory.