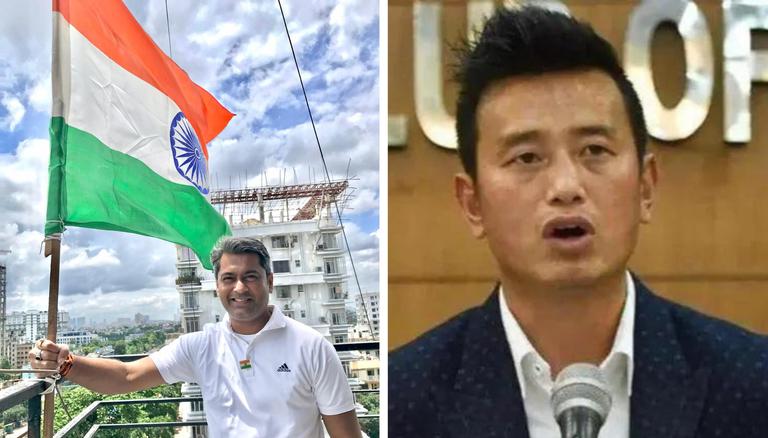 
Kalyan Chaubey has been elected as the new president of the All India Football Federation (AIFF) in elections held on Friday. According to reports, the former India goalkeeper defeated Bhaichung Bhutia by a huge margin of 33-1 to become the new president. The elections were held after FIFA had banned AIFF back due to third party intervention. Chaubey's first assignment will now be to oversee the Under-17 Women's Football World Cup that takes place in India.

On Tuesday, PTI had reported that the 45-year-old Kalyan Chaubey, is believed to be the front-runner for the top job with backing from politically important state associations like Gujarat and Arunachal Pradesh. The report further stated that Chaubey is believed to have the "blessings" of one of the most influential political heavyweights from the North East with an active interest in Indian sports.

Who is Kalyan Chaubey ?

Chaubey is a graduate of Tata Football Academy who played football for 15 years. He was a five-time runner-up of the I-League/National Football League and went onto play for Indian football team from 1999-2006.  Kalyan Chaubey won the SAFF Championship twice (1999 and 2005) as well as winning the South Asian Games bronze medal in 1999.

READ | AIFF Polls: Kalyan ahead of Bhaichung as football body set to get its first 'Player President'

His stint in the Indian club football saw him going onto represent both Mohun Bagan and East Bengal during his playing days.

Besides playing for the two iconic domestic football clubs, Chaubey went to Germany to have trials for Bundesliga clubs like Karlsruher SC, and VfR Heilbronn. After retiring from the sport, he served many football associations and also contested the 2019 Lok Sabha election from the Krishnanagar Constituency, where he lost to TMC’s Mohua Moitra.

READ | AIFF Elections: Bhaichung Bhutia vs Kalyan Chaubey, a look back at their football careers

The new AIFF dispensation will have lots on its plate, the foremost task among them being the smooth conduct of the FIFA Women's U-17 World Cup in October.

After the deadline for withdrawal of candidature ended at 1 pm on Tuesday, returning officer Umesh Sinha released the final list of contestants for each post for the polls.

The electoral college of 34 representatives from the state associations have been issued by the returning officer.

The polls were earlier scheduled to be held under the aegis of the Supreme Court-appointed Committee of Administrators (CoA) on August 28.

But, in a verdict on August 22, the SC terminated the mandate of the CoA, disallowed the inclusion of 36 former players in the electoral college and postponed the polls by a week in order to salvage the Women's U-17 World Cup whose hosting was jeopardised after FIFA suspended the AIFF.

The world football governing body though lifted the ban on August 26, clearing the decks for India to host the Women's U-17 World Cup in October.