Netizens were most surprised with the rating of Barcelona's goalkeeper, Marc-André ter Stegen, who received a rating of 90, one higher than Thibaut Courtois. 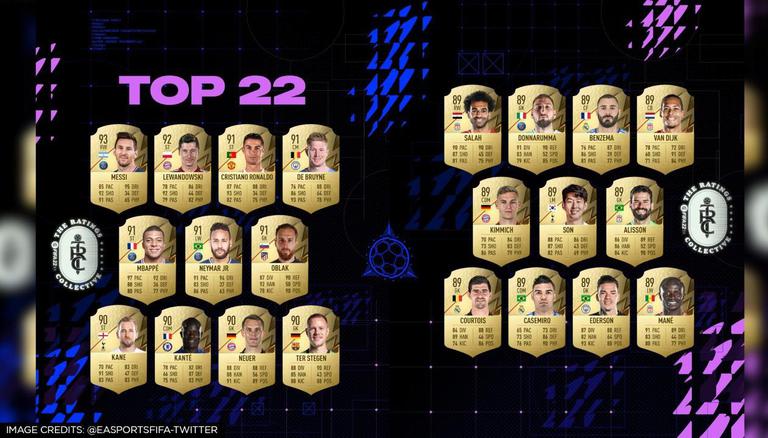 
Just 18 days remain for the official release date of FIFA 22, and EA Sports have released the names of the top 22 players in the game. Paris Saint-Germain's Lionel Messi is once again the top-rated player with a 93 rating. However, surprisingly the second best-rated player is not Cristiano Ronaldo, who is only rated 91.

Instead, it is Bayern Munich's Robert Lewandowski with a rating of 92 after he had an outstanding last year. However, netizens were most surprised with the rating of Barcelona's goalkeeper, Marc-André ter Stegen, who received a rating of 90. As a result, a debate was unleashed on social media, with some Real Madrid fans stating that ter Stegen has no right to be rated in the same league as Thibaut Courtois.

Barcelona had their worst finish in twelve seasons last year as for the first time in this duration they finished outside the top two in La Liga's standings. The Catalan giants finished in third place and conceded 38 goals throughout the season, 10 more than champions Atletico Madrid. As a result of the Blaugrana having conceded several goals, netizens were surprised that Marc-André ter Stegen received as good of a rating as the likes of Thibaut Courtois, Alisson and Ederson.

Ter Stegen having a higher rated card on FIFA than Courtois, Alisson and Ederson is a crime against the art of goalkeeping.

how does Ter Stegen get away with this 😭😭😭😭 pic.twitter.com/QZKVHsdRY2

The disbelief was the highest amongst Real Madrid fans, who insisted that Thibaut Courtois deserved a better FIFA 22 rating than ter Stegen for conceding 10 fewer goals than Barcelona's goalkeeper.

How is Ter Stegen better than Courtois? https://t.co/8aiFIFzEoI