With less than two months remaining for the U-17 Women's World Cup to take place in India, Goa CM Sawant met with FIFA officials to assure full cooperation. 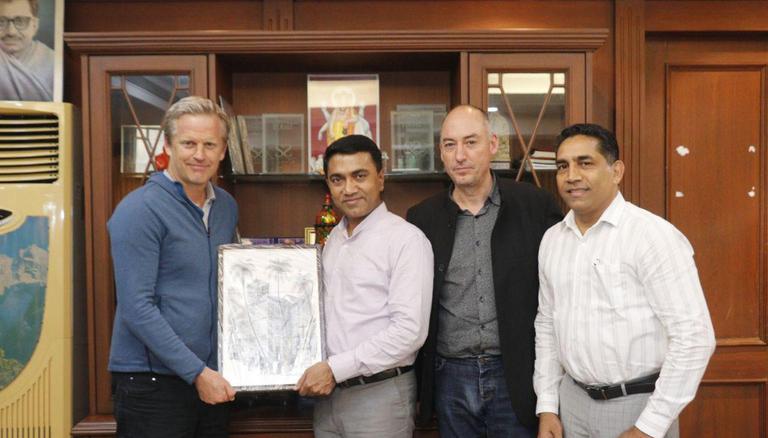 
With less than two months remaining for the U-17 Women's World Cup to take place in India, Goa Chief Minister Pramod Sawant met with top FIFA officials on Thursday and assured full cooperation for the mega event. The dates for the World Cup are from October 11 to 30. The meeting was held between Dr Sawant, Minister of Sports & Youth Affairs Govind Gaude, FIFA Director of Tournaments Jaime Yarza and FIFA U-17 Women’s World Cup India 2022 Project Lead Oliver Vogt.

India being the hosted nation has automatically qualified for the FIFA U-17 World Cup. The tournament will feature 16 of the best youth teams from around the world. The competition will be held in three cities (Bhubaneswar, Goa and Navi Mumbai) from October 11 to 30.

Hosts India have been drawn in Group A alongside the United States, Morocco and Brazil, and will play the opening game of the tournament against the USA in Bhubaneswar. Meanwhile, Navi Mumbai and Goa are slated to host the quarter-finals and the semi-finals. As for the final and the third place match, they will be held at the DY Patil Stadium on October 30.

Meanwhile, the complete draw is mentioned below:

Former Indian footballer Yolanda de Sousa, who was widely known as the 'hat-trick' queen is delighted to know that her home country is hosting this year's tournament. "India hosting the FIFA U-17 Women’s World Cup is a wish come true moment for me," said de Sousa as quoted by ANI. "I have been pumped up ever since I heard the news, and I don’t think it is going to subside any time soon."

"I sincerely hope that people do not see the FIFA U-17 Women’s World Cup as just another competition and then move on. I want people to keep talking about it even when it’s over,” de Sousa continued. "We must appreciate the opportunity we have been given in the form of hosting a FIFA women’s competition. Our players have been given the chance to compete against some of the finest players in the world and we should recognise it. Obviously, it is going to be beneficial for the players, for the federation and for the football infrastructure of the country. But we should consider it merely the beginning and build on the momentum provided to us by this tournament."