Italian football manager Roberto Mancini has apologised to Italian fans after his team failed to qualify for the 2022 FIFA World Cup. 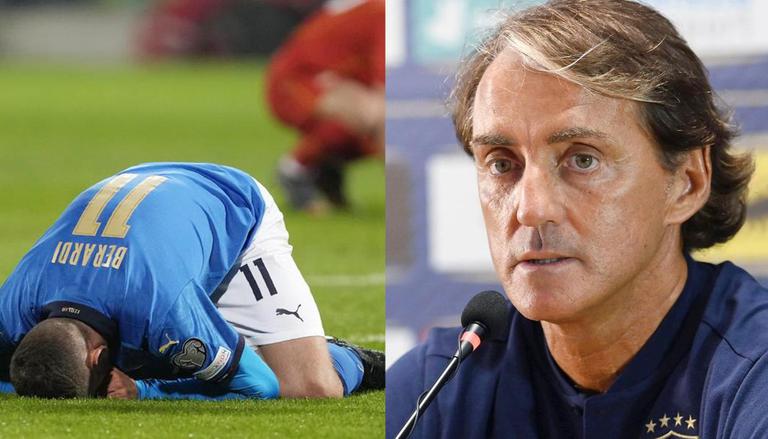 
Italian football manager Roberto Mancini has apologised to Italian fans after his team failed to qualify for the 2022 FIFA World Cup, which is scheduled to be held in Qatar later this year. Italy was humiliated 1-0 by the visiting North Macedonia side on Thursday, ending the country's World Cup dream on a sad note for the second time in eight years. After the match, Mancini apologised to Italian supporters and added that he was more than "disappointed" with the result of the game.

"I’m more than disappointed, I’ve nothing to say. Something incredible happened tonight. We deserved to win the Euros, now we’ve been really unlucky…but that’s it, that’s the reality. I’m sorry for the players," Mancini said at the post-match press conference.

Italy appeared to be in command for the majority of the match, attempting 32 shots to North Macedonia's four. However, only five of Italy's 32 shots were on target. The Italian players held the ball for 66 percent of the match but despite the dominating performance, they could not score a single goal. The game proceeded into extra time with the score tied at 0-0. North Macedonia stunned the hosts with a last-minute goal, which came from Aleksandar Trajkovski following an assist from Bojan Miovski.

The North Macedonian players erupted in wild celebrations as Trajkovski scored the game-winning goal. They invaded the pitch to commemorate the momentous occasion in their brief sporting history following independence from Yugoslavia. Trajkovski has become a national hero for helping his country defeat one of Europe's giants in the sport.

The Italian players, on the other hand, were left in tears as they failed to qualify for the World Cup for the second consecutive time in eight years. Italy had failed to qualify for the 2018 FIFA World Cup, which was held in Russia. This comes after Italy were recently named European champions following their thumping victory over England in the Euro 2020 final at the iconic Wembley Stadium in July. Italy will now have to wait until the 2026 World Cup to fulfil their long-held World Cup ambition.