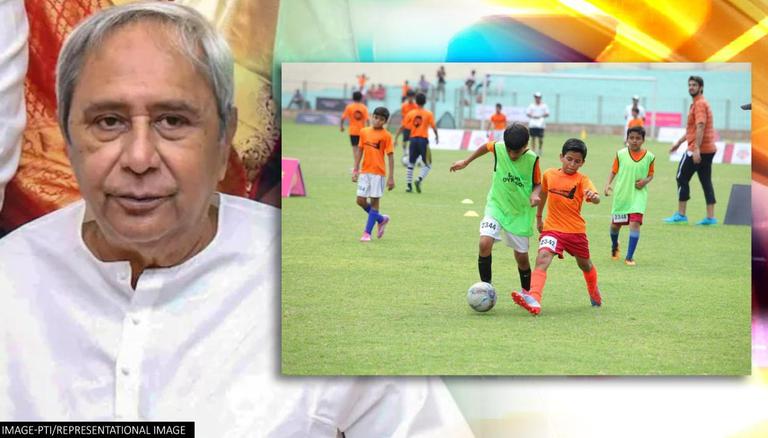 
Odisha Chief Minister Naveen Patnaik on Wednesday has launched the FIFA Football for Schools Programme, which is the first for India. The Chief Minister launched the programme during a ceremony at the Kalinga Institute of Social Science (KISS) in Bhubaneshwar. The inauguration ceremony was virtually attended by Dr Nik Gugger, Member of Parliament, Switzerland along with the President of FIFA, Gianni Infantino.

The FIFA Football for Schools (F4S) is a worldwide programme run by the global football federation which aims at continuing education, development and empowerment of around 700 million children. The programme also aims to make the game of football more accessible to both boys and girls around the globe. As per ANI, while inaugurating the programme at KISS, Odisha CM Patnaik said that such collaboration which includes football into the education system will make the sport more accessible to children from the grassroots level. He also added that investment in sports is an investment in the youth.

'We are delighted to see Football for Schools launching in India': Gianni Infantino

Meanwhile, while speaking on the occasion, FIFA President Infantino said, “We are delighted to see Football for Schools launching in India today, one of the first countries in which it has been introduced. Football for Schools is a programme which unites football and education. It has been created to support schools and teachers in inspiring children to learn life skills through fun football sessions.” The Member of Parliament of Switzerland, Dr Gugger also expressed his thoughts by praising the Chief Minister. As per the news agency, he said, “The State of Odisha, under the leadership of Naveen Patnaik, has been promoting sports in a big way and has created an example for the whole country.”

READ | AFC Women's Asian Cup Draw: Which group is India placed in? Everything you need to know

Naveen Patnaik has been supportive of the growth of sports in India, particularly in Odisha as, Odisha has been the sponsor of the Indian Hockey Teams since 2018. After the national hockey teams returned with flying colours from Tokyo Olympics, the Odisha CM announced that the state will continue to be the official sponsor of both the men’s and women’s teams for the next 10 years. Now, the inauguration of the Football for School programme further displays Patnaik’s dedication towards making India a global leader in sports.

(With sources from ANI)