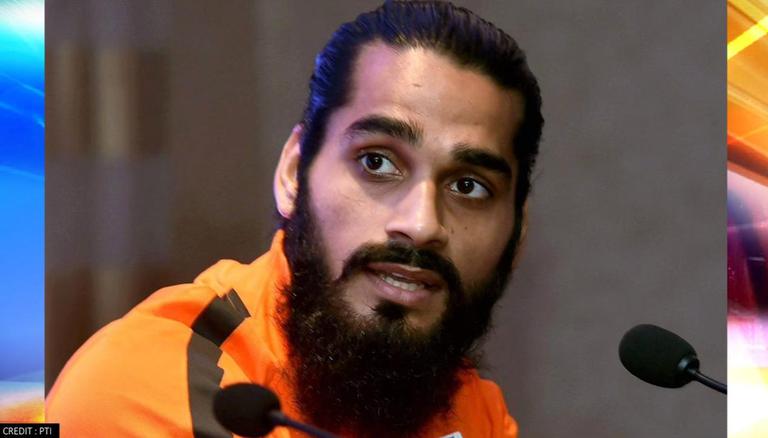 
Indian footballer Sandesh Jhingan’s start to the stint with HNK Sibenik has been delayed as the footballer picked up an injury ahead of Sibenik’s clash with Rijeka on August 23. Head coach Mario Rosas revealed the news 30 hrs prior to the start of the match. He will now have to wait longer to become India’s first international footballer to play in the Croatian top-tier league Prva HNL.

Sandesh Jhingan will wear jersey No 55 at HNK Sibenik. pic.twitter.com/UFIuVr6Zau

Coach Mario Rosas gave an update on his team’s whereabouts before the game against Rijeka while talking in a press conference. He said, “Mesa and Julardzija may be lost for the whole season, there will be no Bilic, while Kvesic and Sahiti are questionable. We also have to solve the paperwork for Sandesh and (Christopher) Attys. But that will not and must not be an excuse for us. Sandesh did an MRI, the doctors’ opinions are different. Revealing that Sandesh will not be available for selection due to a calf injury during his first training session with the team, Rossas added, “According to some (doctors), he might be able to continue training next week, but we’ll see, hopefully, it’s nothing serious”.

Sending best wishes from the #IndianFootball family to @SandeshJhingan as he embarks on his new Croatian journey with HNK Sibenik 🤝🇮🇳#IndianFootballForwardTogether #BackTheBlue #BlueTigers pic.twitter.com/kIfhpUU3ya

It is now being expected that the 28-year-old Indian will make his debut against the star-studded Dinamo Zagreb on September 11. The Indian International will ply his trade for the European club, having spent the last season with Indian Super League(ISL) team ATK Mohun Bagan. He joined ATK Mohun Bagan last year on a five-year contract. However, he activated a clause in the contract that allowed him to leave the Kolkata football giants and join Croatia’s HNK Sibenik.

We bid farewell to one of our Club Captains, Sandesh Jhingan who departs #ATKMohunBagan to take up a fresh challenge in a European country’s first division. 💪⚽️ pic.twitter.com/JfWUM5941P

Sandesh Jhingan started his professional football career after receiving training at the St. Stephen’s Academy. He represented the Chandigarh under-19 team and won the B.C. Roy Trophy with the team. He then received a call-up for the trials for the I-League 2nd division side United Sikkim in 2011. After getting signed by United Sikkim he got the chance to share the stage with former Indian international footballers like Baichung Bhutia and Renedy Singh in 2012. In the years that followed, he went on to play for several Indian clubs like porting Clube de Goa, Kerala Blasters, Mumbai FC, Bengaluru FC, and ATK Mohun Bagan. He made his international debut for India against Nepal at the FIFA World Cup 2018 qualifiers. The center-back has made 46 appearances for the Indian Football team, having scored goals on four occasions.