Gary Neville criticized Man City for not having a plan B, stating that if the move for Harry Kane did not materialize, they should have looked for alternatives. 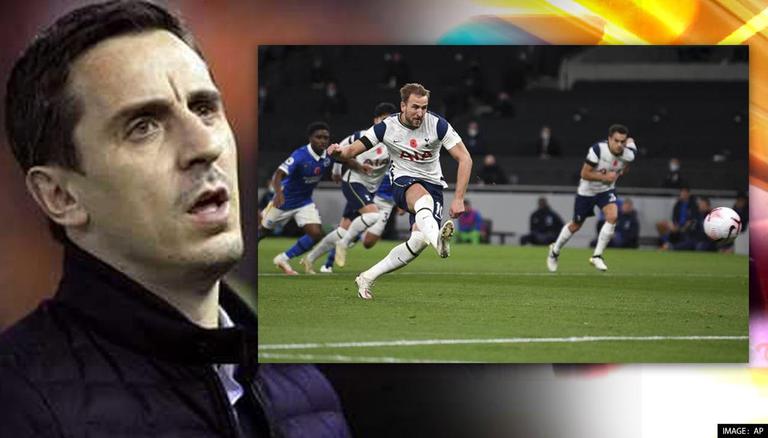 
Former Manchester United player and current pundit Gary Neville is convinced that if Manchester City had a top striker like Harry Kane in the team, they would win the Premier League comfortably. Sunday night's match against Liverpool was one example where the Citizens seemed to have lacked a striker, as they created several chances, but failed to convert them into goals. The Liverpool vs Manchester City match ended at 2-2 despite most of the chances falling to Pep Guardiola's side.

City were unable to sign Kane in the recently concluded summer window as Tottenham chairman Daniel Levy was reportedly not inclined to let the Englishman leave for a fee less than £150m.

While speaking on Sky Sports during the coverage of the Premier League match between Liverpool and Manchester City, Gary Neville hailed Pep Guardiola's side. Speaking of them, Neville said, "This City team are special. There is one thing that stands in their way, everybody in the league knows it, everybody in Manchester knows it: Have they got that ruthless cutting edge? In the first half (at Anfield) they should have been out of sight. Will that cost them come January and the end of the season, will they fall short because they haven't got that striker who is going to get that 25-30 goals?"

Catch him if you can! 🇵🇹🔥

Neville criticized Manchester City for not having a plan B, as he said that if the move for Harry Kane did not materialize, they should have looked for another striker as a 'temporary measure.' The former Manchester United right-back said that at a big 'club like City,' one would expect them to 'have a plan B.' The Sky Sports pundit added that the only reason Pep Guardiola plays 'a team of midfielders is that he does not have a top striker at the club.

The 46-year old added that he had no doubt the Spanish boss would play someone like Kane if City had him in the team rather than play a group of midfielders. Despite Kane's lack of goals this season, Neville insists that one must forget the form he is at Tottenham. The English striker has struggled this season as he has failed to score in seven Premier League games.