Gary Neville Says 'Manchester United Will Not Win Anything' If...; Makes Ronaldo Point

Gary Neville has slammed the influence of Cristiano Ronaldo in Manchester United, going as far as stating that the team carries him when out of possession. 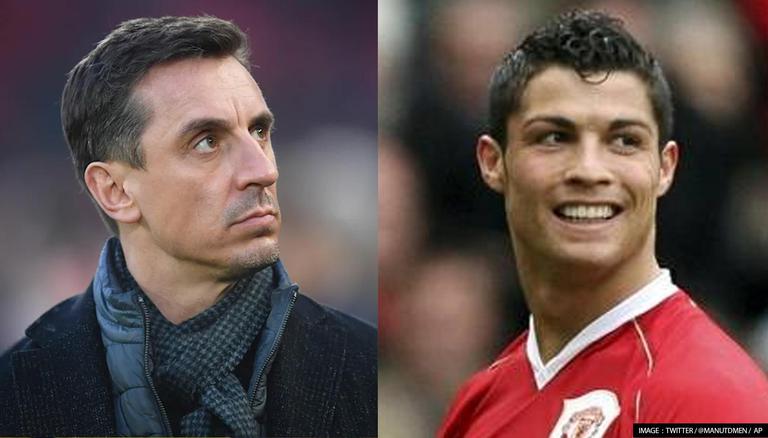 
Former Manchester United player Gary Neville has slammed the influence of Cristiano Ronaldo in the team, going as far as stating that the team carries the Portugal international when out of possession. Neville was extremely critical of Ronaldo's defensive duties as he said that managers need to surround the five-time Ballon d'Or winner with 'trojans' to compensate for his reluctance to press when the team does not have the ball.

Even though Ronaldo has scored five goals in six matches since returning to Old Trafford, the Red Devils' collective form has been poor. Manchester United currently sit in fourth place in the Premier League table with 14 points, two points behind leaders Chelsea after seven matches.

While Cristiano Ronaldo is extremely clinical in front of goal, the same cannot be said for the 36-year old when it comes to his defensive duties. While speaking on Sky Sports about Ronaldo's poor defensive responsibilities, Neville said, "The other thing is Cristiano Ronaldo needs players around him who are going to work really hard defensively."

Neville went on to cite examples from 2008 when other Manchester United players would take defensive responsibilities to compensate for Ronaldo. "That’s the same in 2008 by the way. We had Park and Fletcher and Hargreaves and Rooney and Tevez working hard like trojans to make up for Ronaldo in terms of his output," said the former Manchester United right-back.

Neville added, "If Ronaldo’s playing, you’ve got to put players around him that forgive the fact he doesn’t press or run hard or close people down. You’re almost carrying a player when you’re out of possession. But we were in 2008 too, and you forgive that because of his ability to win games. You need to pick a group of players around Ronaldo who work hard."

The former Manchester United right-back also added that the best of players may not make the 'best team.' While speaking of the Red Devils, he said that the team has 'a lot of generals' that do not work hard. The Sky Sports pundit went as far as saying that if Manchester United does not play as a unit, 'they won't win anything.'